The DWCA has announced two more guests for our special end-of-year event Look Who’s Talking – Part One, to be held on Sunday 6 December at Burwood Library, Sydney. 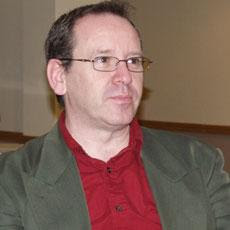 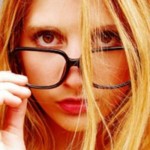 Gary Russell’s contributions to the Whoniverse span over 30 years and dozens of productions, with his latest effort coming in the form of the Twelfth Doctor novel ‘Big Bang Generation’. Appropriately set in Sydney in December 2015, the book marks a major milestone in Doctor Who history – the first meeting of a new series Doctor with Wilderness Years companion Bernice “Benny” Summerfield!

The event will also feature geek pop singer Meri Amber, who will be performing a selection of original songs from her Doctor Who-themed album ‘Pop Goes the TARDIS’. Meri has previously performed at Oz Comic-Con and Armageddon, as well as doing pre-show foyer entertainment for the Doctor Who Symphonic Spectacular, and we look forward to sharing her music with a whole new audience!

Look Who’s Talking will continue in Part Two on the evening of Friday 11 December, which will feature non-fiction writer Robert Smith? and is completely free to attend. Tickets to both parts of the event can be acquired through the DWCA Shop.