6 tips for getting into Classic Doctor Who 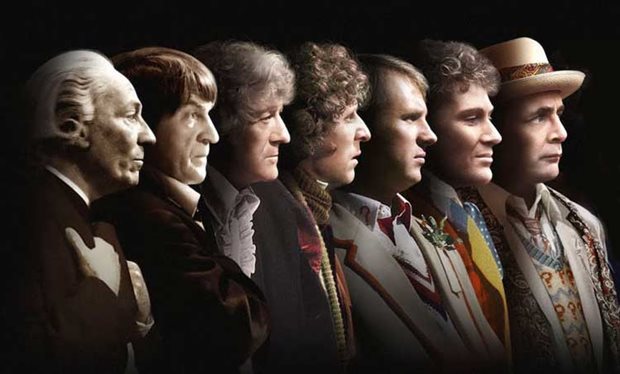 With the recent Australian releases of Season 12: The Collection on Blu-ray and The Enemy of the World Special Edition on DVD, the classic series has come back on the radar for many fans. But if you’re still yet to experience the show’s original run, here’s a handy guide to help you get started.

1. Don’t feel like you have to start at the very beginning

There’s a myth that in order to experience Doctor Who “properly” you need to watch it from the first episode and in original broadcast order. The reality is that you can start virtually anywhere amongst the 26 seasons of the classic series and get your bearings fairly quickly. As much of the classic series was made in an age before content could be easily be watched over and over again, it had to remain largely accessible, so complicated plotlines relying on knowledge of episodes from previous seasons, or even from a few months ago, were pretty rare. Even when this sort of thing does happen (such as Davros’ second appearance in Destiny of the Daleks), there is often some handy expositional dialogue that helps out the uninformed viewer. This gives you the option to start with a particular TARDIS crew and follow their adventures, or maybe a story with a recognisable monster in it, or maybe even picking a story at random if you’re feeling adventurous. You may feel a little lost on your first foray into the classic era, but as long as you understand the show’s basic premise, and you start with the first episode of whatever adventure you’re watching, you’ll find yourself enjoying the journey wherever you end up – a bit like the Doctor!

2. The World Wide Web can be your friend

If you do find yourself a little lost then there’s a huge repository of information on the classic series available online, including episode synopses, character arcs and any other niggling details that might be tingling your fan-senses. Of course, if you’re a spoilerphobe then you might want to tread carefully and wait until after you’ve finished watching a given story before looking it up. Be warned!

3. Resist the temptation to binge

In the age of instant streaming and TV on demand, we know how tempting it is to consume several episodes of a programme in one session. And with your standard classic series story being four, maybe six 25-minute episodes in length, that sounds like nothing to the hardcore binge-watcher. But television in the 20th century was simply not made to be watched all at once. Sure, the classic cliffhanger endings were designed to get you excited for the following episode, but they were meant to get the audience to tune in the next week, not a matter of seconds after the end credits. In the early years of the classic series, characters would often recap events from previous episodes, and in some instances plot elements repeat themselves (some stories play the ‘capture and escape’ routine more frequently than others) – things which you wouldn’t necessarily notice if you watched the story over a few weeks or even days, but are likely to find frustrating over the course of a single evening. So resist the temptation, enjoy the anticipation and space out your viewing – it’s going to be far more rewarding that way.

It’s not only the way television was broadcast that has changed, but also how it was produced. Whereas today we can expect our television programmes to be fast-paced and full of high-quality special effects, the classic series (in the ’60s in particular) was more like going to a play – to the extent that early episodes were filmed more or less live and almost entirely in a single, small studio! So there’s less cutting during scenes, and more emphasis on storytelling through dialogue. Striking costume design is used as a short-hand to convey alien species or ancient cultures, while the production team were forced to be innovative with their limited resources in an effort to transport viewers all through time and space. In that way, watching the classic series is a bit like watching the evolution of television over three decades, with later episodes growing in visual sophistication, but ultimately it’s the stories that matter. If you do ever find yourself thinking that a classic episode looks a bit stagy, just imagine it’s being acted out in front of you.

5. Make your own journey

There are several stories from the classic series that have been firmly cemented over time as The Good Ones, as well as those considered The Not So Good Ones. But while it can be tempting for new viewers to seek out and prioritise the “best” stories and/or Doctors, fan consensus is often shaped by very specific circumstances. For instance, Tom Baker was certainly popular during his run on television, but it also helped that he stuck around for seven years, so he became the definitive Doctor for an awful lot of children growing up in the ’70s. Meanwhile, the 1996 TV movie was the only Doctor Who produced since 1989 and failed to spawn a new series, so is likely to be viewed as more of a disappointment by those who were there at the time than the curious newbies of today. Reputation can be a problem as well – a bad reputation can blind you to a story’s overlooked merits, whilst a good one can create unrealistic expectations. So while you’re certainly welcome to seek advice, remember you are your own person with your own opinions, and you are under no obligation to enjoy a particular story just because it topped a list you found on the Internet. It’s much more satisfying to wipe away any expectations and make your own mind up. It’s your journey – own it.

26 seasons can feel like an intimidating amount of content, so make sure you’re having fun along the way. Take things at your own pace so you don’t end up turning this magical series into a chore. Don’t feel like you need to commit yourself to watching a whole bunch of episodes just for the sake of it – if you’re finding you aren’t enjoying things much, then maybe give a different Doctor a try and come back later. Ultimately, Doctor Who should be an entertaining experience and the classic series is no exception – after all, it wouldn’t have gone on for so long if there wasn’t something to enjoy about it.

With these six tips, you should now be ready to embark on your voyage beyond the mind, your flight through eternity, your wanderings through the fourth dimension. As someone who has been through it all, I can confirm that the classic series is a fun, exciting, weird, charming, spooky, witty, camp, clever, never-quite-the-same-twice adventure and it’s well worth your time. Best of luck on your journeys through the classic Whoniverse, whatever path they may take.

Both Season 12: The Collection Blu-Ray and The Enemy of the World: Special Edition DVD are available now from the DWCA Shop. You can browse further releases from the classic series here.