The DWCA is bidding a fond farewell to outgoing showrunner Steven Moffat with a special day event celebrating some of his most significant contributions to the programme – tickets are available here. And it’s fair to say that the past eight years have been somewhat divisive, with the controversial executive producer never afraid to fly in the face of what fans had accepted as true. Here are six examples of fan “myths” Mr Moffat very firmly busted…

Companions Leave the Doctor When They Get Married 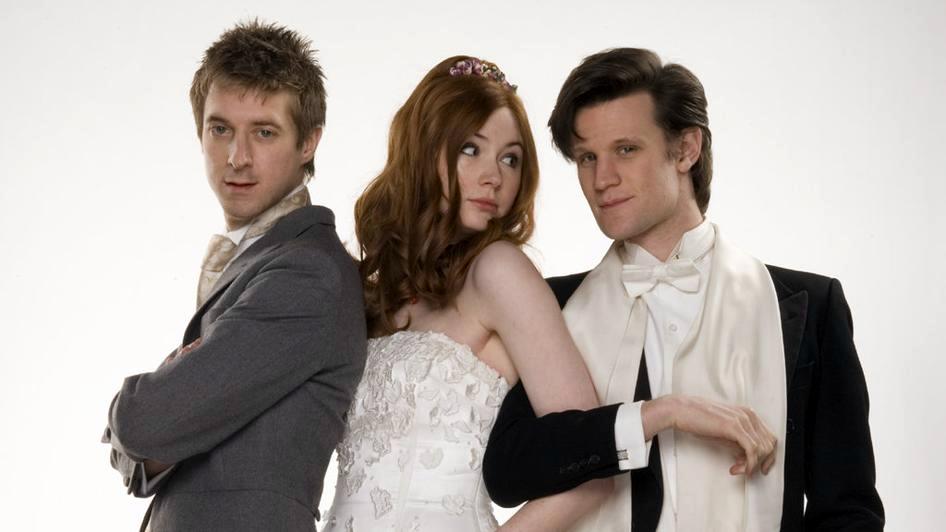 Ever since the Doctor’s granddaughter Susan fell in love during The Dalek Invasion of Earth back in 1964, there has been a clear trend of the Doctor’s female companions (some of them, at least) leaving behind life in the TARDIS in exchange for wedded bliss. Fiery redhead Amy Pond, the first companion of Moffat’s tenure as showrunner, was having none of that, jumping back into the TARDIS before her wedding night was even over – with her new husband Rory in tow. Even after “officially” leaving the Doctor at the end of The God Complex, Amy and Rory found themselves dragged back into TARDIS life in Asylum of the Daleks and travelled with him on and off over at least ten years, before their eventual departure in The Angels Take Manhattan. Their status as “part-time companions” was one that was subsequently taken up by Clara Oswald and Bill Potts, showing that Moffat remained willing to subvert the traditional companion role for the remainder of his tenure.

The Doctor Can’t Get Married 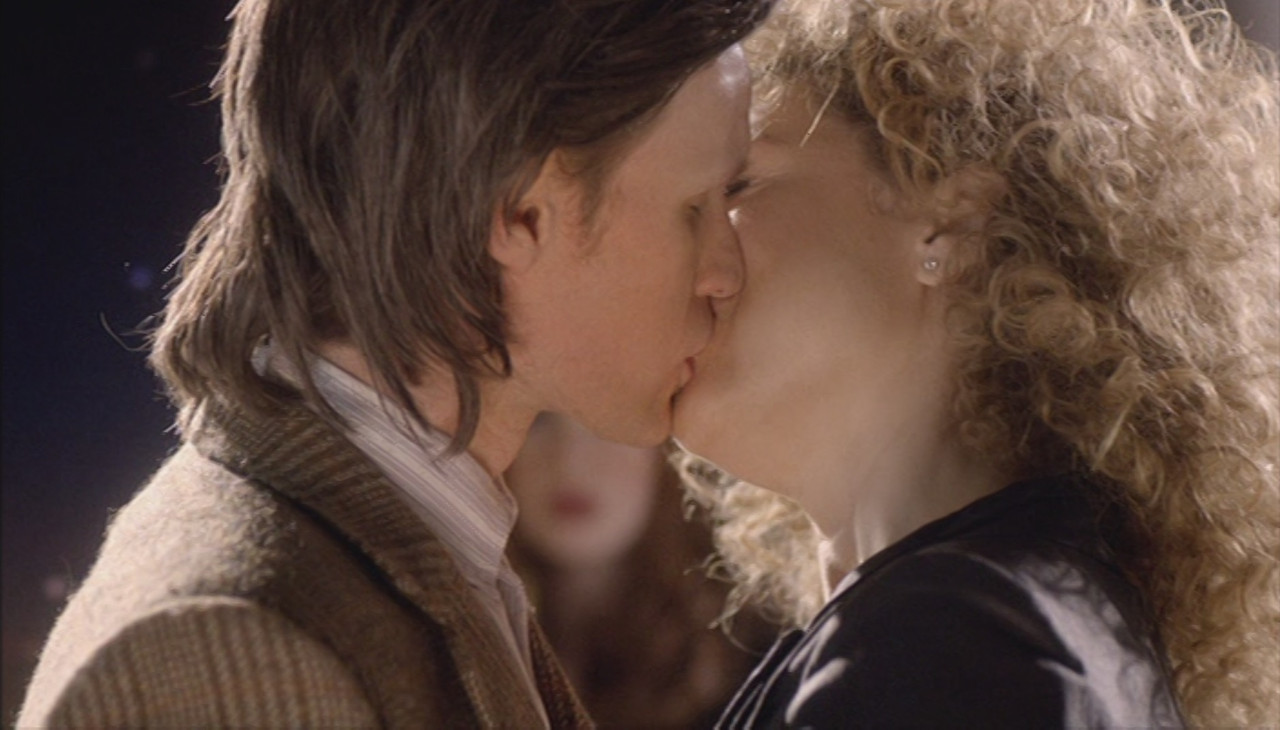 Unlike their companions, the Doctor’s own love life was somewhat lacklustre during the classic series, leading many to believe the character was in fact asexual. This all changed with the Doctor’s “first kiss” in the 1996 TV Movie, followed by the development of an intense emotional relationship with companion Rose Tyler in 2005. Steven Moffat went one step further, weaving a flirtatious relationship between the Doctor and River Song that overcame the rules of time itself – and ultimately culminated in their marriage in The Wedding of River Song. And while the wedding was apparently just a ruse of the Doctor’s in order to get River to kiss them and restore the correct timeline, further stories went on to confirm that their feelings for River were sincere all along. Nowhere is this clearer than The Husbands of River Song, the ending of which sees the couple looking lovingly into each other’s eyes.

Gallifrey Was Destroyed in the Time War 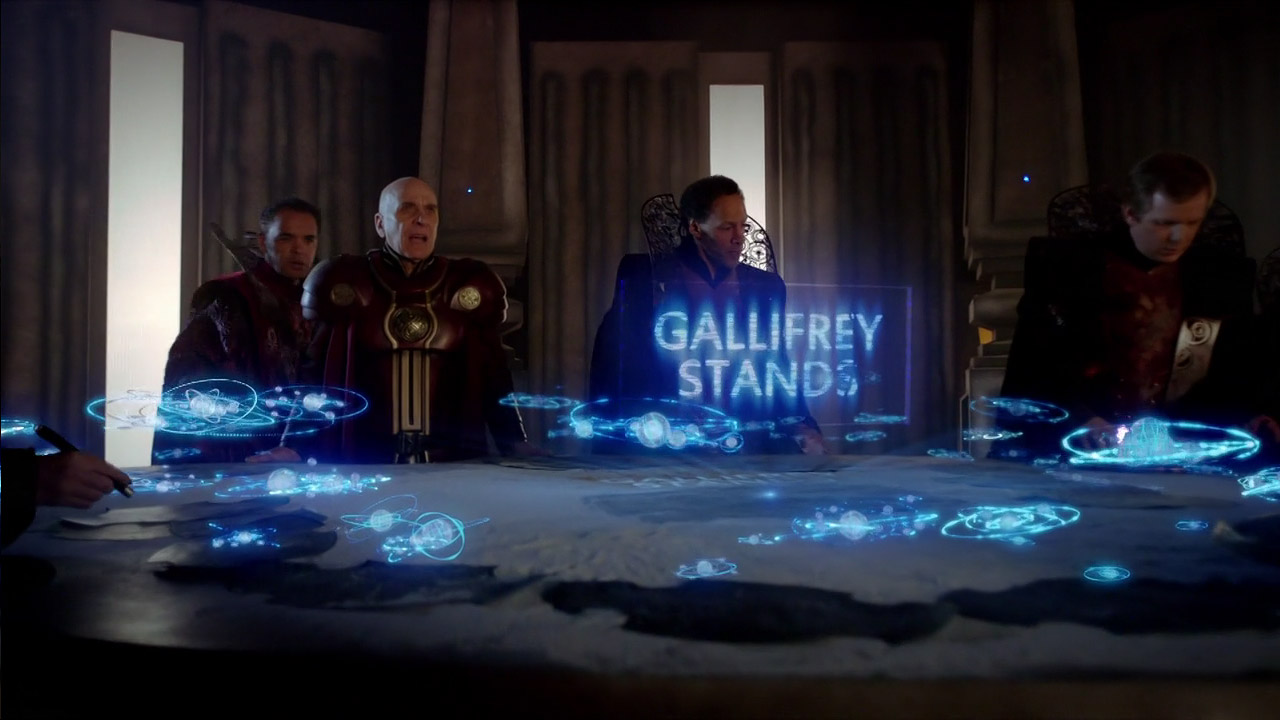 Long-time fans of Doctor Who were shocked in 2005 when the Ninth Doctor announced he was the last of the Time Lords – the result of then showrunner Russell T Davies wanting to wipe the slate clean for new viewers. Over the next eight years, fans gradually learned bits and pieces about the devastating war that had wiped out both the Time Lords and (most of) the Daleks. But while it was something of a surprise to see the last moments of the Time War covered in the 50th anniversary special, The Day of the Doctor, no one could have expected the story’s climax – the Doctor’s home planet of Gallifrey was saved! It was a bold move by Moffat to revise almost a decade’s worth of character development, but it just about worked, and has since allowed the Doctor to revisit Gallifrey in the Series 9 finale Hell Bent.

The Eighth Doctor Fought in the Time War 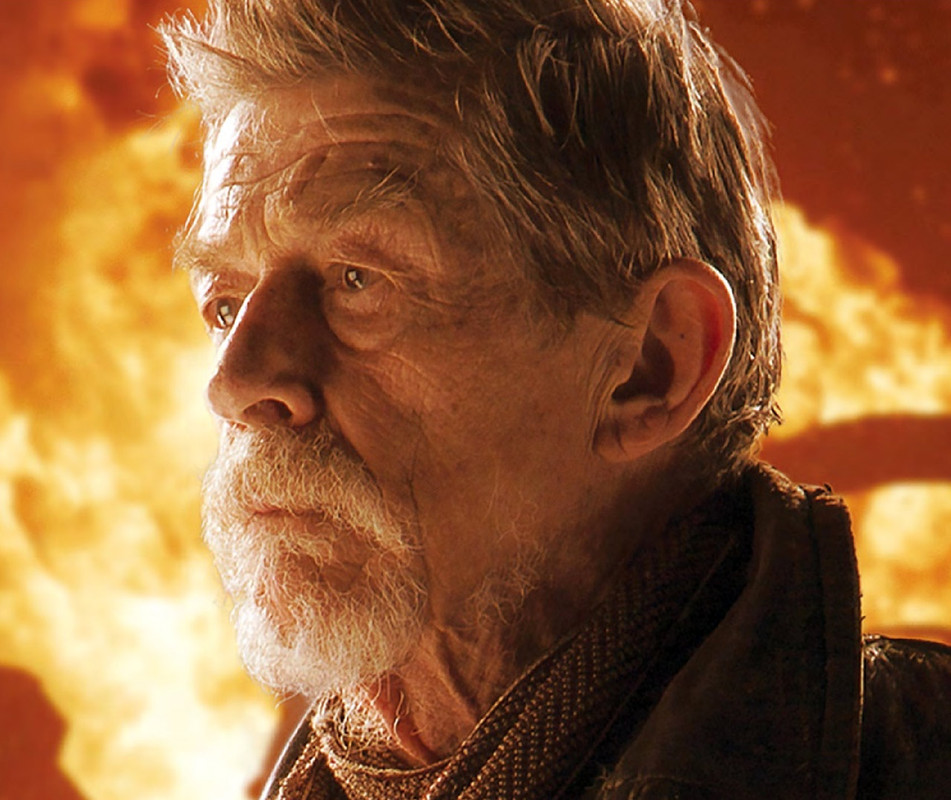 Of course, we cannot mention The Day of the Doctor without discussing the elephant (man) in the room – the late, great Sir John Hurt, aka the War Doctor. Steven Moffat has made it known that he could never really picture Paul McGann’s Eighth Doctor fighting in the Time War, and so approached Ninth Doctor actor Christopher Eccleston about a possible return – an offer that was ultimately turned down. But rather than abandoning his Time War plot, the resourceful showrunner pitched the idea of creating a hitherto unknown ‘War Doctor’, ideally to be played by an actor of exceptionally high calibre: “Someone like John Hurt.” Little did he know that the role would go on to be accepted by Hurt himself, who was embraced by fans and even returned to the part in four audio drama boxsets for Big Finish Productions.

You Can’t Show the Doctor as a Child 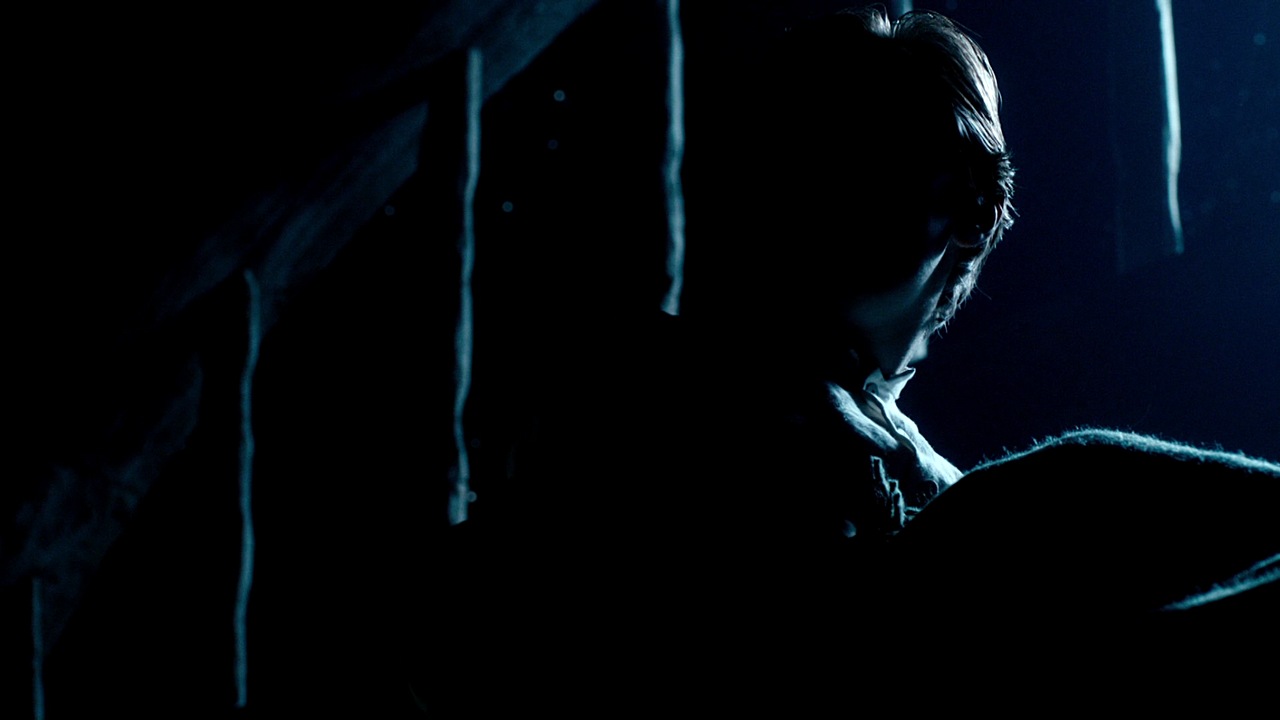 The Doctor’s pre-TARDIS life has been shrouded in mystery, with our hero offering only a few anecdotes over the decades to indicate what they were like as a youngster (several of which point to a somewhat rebellious youth spent at the Time Lord Academy). Moffat wound back the clock even further in Twelfth Doctor episode Listen, depicting a pre-pubescent Doctor (although we never see his face) sleeping in a barn on Gallifrey – apparently adjunct to a house he shares with several other young boys. When Clara impulsively grabs the lad’s ankle from the under his bed, she realises she has inadvertently become the source of her friend’s greatest fear. Her solution? To teach him that fear is a superpower; a force that will ultimately drive him to become the greatest and kindest hero the universe has ever seen. Clara’s influence on the Doctor’s life up until this moment has always been substantial – from telling them which TARDIS to steal to helping them avert the destruction of Gallifrey – but this moment truly trumps them all. 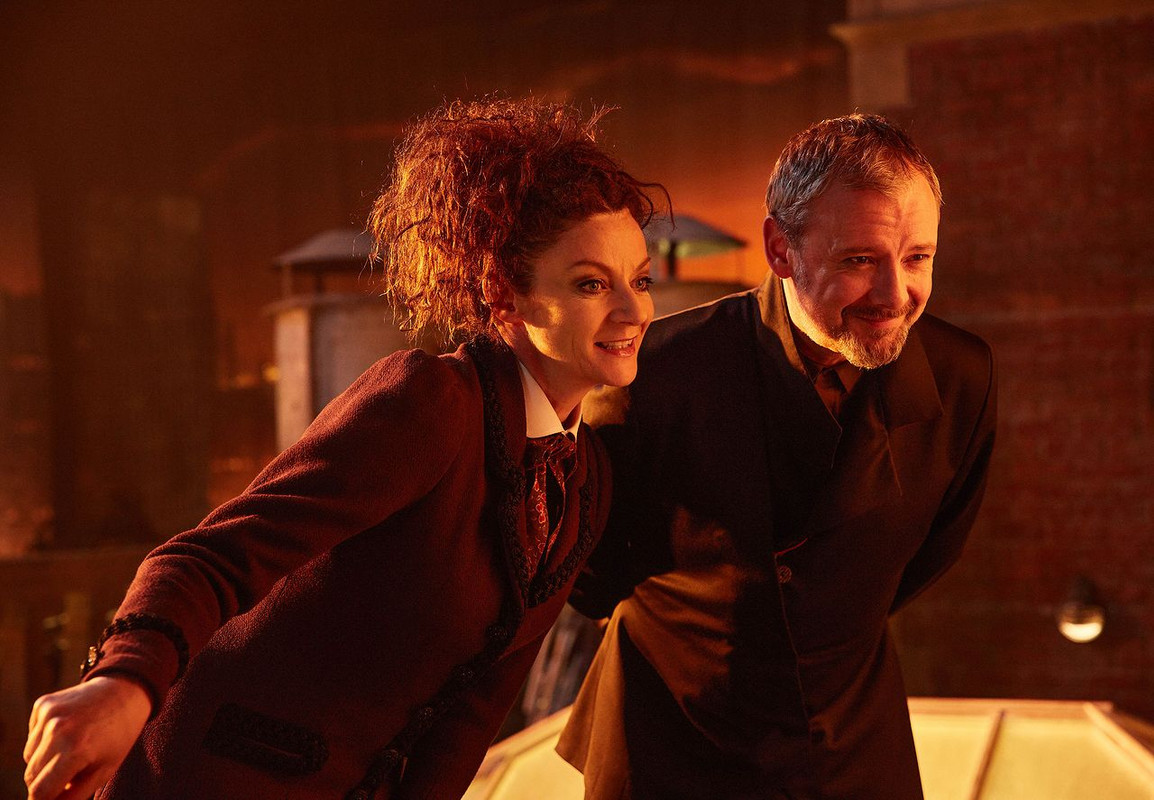 This is the big one. Over the course of the classic series, several Time Lords (and Ladies) appeared across various incarnations – but always retained the same gender. It was in The Doctor’s Wife, penned by Neil Gaiman during Moffat’s second series as showrunner, that viewers first heard anything otherwise, with dialogue indicating that the Doctor’s old friend the Corsair had experienced multiple female incarnations as well as male ones.

It was a revelation that Moffat would go on to revisit – three years later the character of Missy revealed herself as the latest incarnation of the Master, and one year later the process itself was depicted in Hell Bent with the regeneration of the Time Lord General. So while it was incoming showrunner Chris Chibnall who took the bold step of casting Jodie Whittaker as the first female Doctor, it was Moffat who laid much of the groundwork that allowed this to happen. 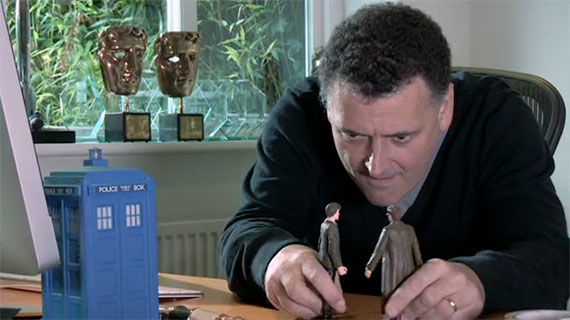 In his tenure as showrunner, Moffat has shown a playfully flexible attitude towards the do’s and don’ts of Doctor Who, taking the opportunity to reinvent the mythology of the programme at several points with an almost gleeful mischievousness. And why not? After all, aren’t reinvention, adaptation and change key to the show’s survival?

Our celebration of Steven Moffat’s time on Doctor Who is taking place on 27 May. Head here for more information and to grab your tickets.