Doctor Who Magazine has reported that writer of Survival from the original series run – Rona Munro is to return for series ten. 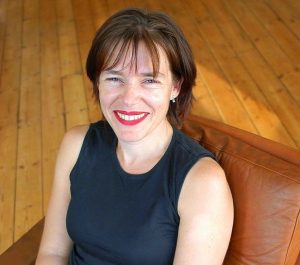 Previously hinted by Steven Moffat back in October that a classic series writer would be returning, Munro is the first writer for the new series who has previously worked on the original series run.

Munro’s story, which is episode nine and entitled: The Eaters of Light is currently being filmed in Cardiff.

An interview with Munro states:
Writing Survival was my dream job, but it was a mournful time in the show’s history. This has been a very different experience. There’s more of everything; people, resources, confidence, success… but the same constantly renewing and indefinable wonder that is Doctor Who. When I was very small and watching the First Doctor, I had a special cushion known as ‘Rona’s Doctor Whocushion’. I would hide my face in it when the Daleks or other monsters appeared on screen! The Eaters of Light is my version of other stories that have haunted me for almost as long.