Chris Chibnall will be Doctor Who’s next showrunner 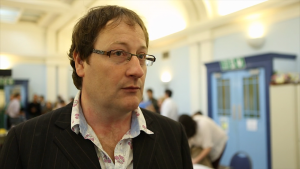