In Australia the last few years have seen each new episode of Doctor Who paired with an episode of the commentary show Whovians, featuring Rove McManus and team. Unfortunately the COVID-19 pandemic put pay to plans for more Whovians on the ABC to accompany the Flux story… fortunately for Australian fans the DWCA’s Newcastle Local Group has that covered! You can join their team on Zoom after each episode of Doctor Who: Flux airs on the ABC on Monday nights – where they will be running a Whovian Panel to discuss the events of each episode, share theories and partake in audience participation. The show will be called Zooming Whovians and has been set up as a Doctor Who Club – Newcastle Group event – so please join the excitement from 8:30 pm onwards every Monday night for the next six weeks. Just follow the Zoom link below straight after watching the new episode on the ABC to enjoy the show and take part in the conversation:
https://charlessturt.zoom.us/j/68053433630 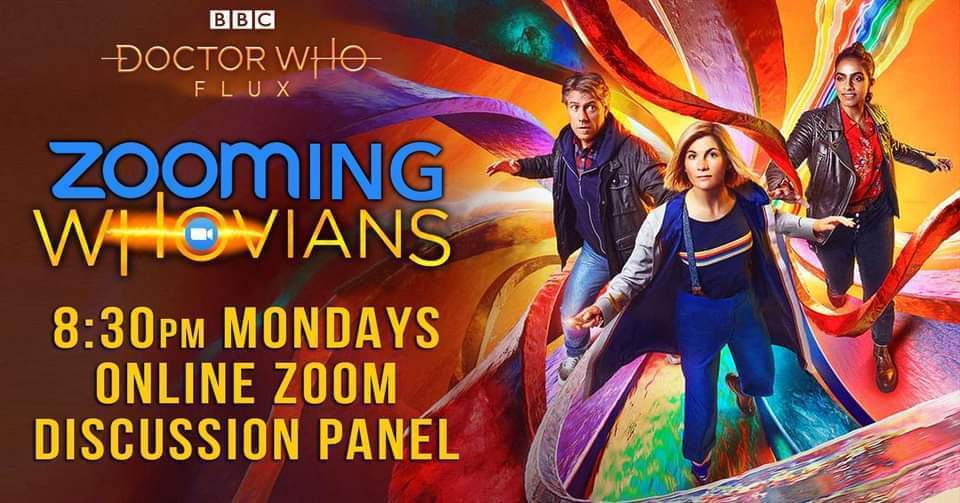