To celebrate the writing of Terrance Dicks, a two volume set was released on the anniversary of the author’s death. Featuring a collection of his best known Doctor Who novels, as chosen by fans who voted on their favourite works, this two volume set is a fitting celebration of a writer who inspired so many people over the course of his career, including Neil Gaiman, Mark Gatiss, Russell T Davies and Steven Moffat! Volume one contains The Dalek Invasion of Earth, The Abominable Snowmen, The Wheel in Space, The Auton Invasion and The Day of the Daleks. Volume two collects Genesis of the Daleks, Pyramids of Mars, The Talons of Weng-Chiang, The Horror of Fang Rock and The Five Doctors. Both volumes have special introductions written by Frank Cottrell-Boyce and Robert Webb. 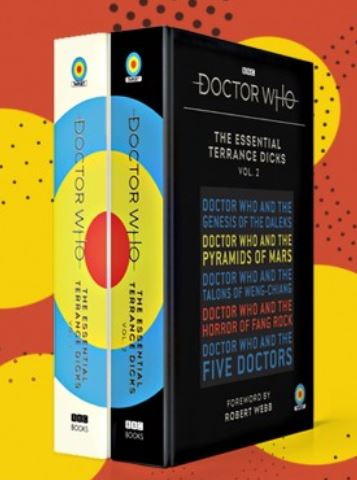 With the legacy of Terrance Dicks being explored and his classic work being collected for a new generation to enjoy, there is perhaps some hope that his lost and unpublished novelisation of State of Decay might finally see print at some stage in the future. The lost version is not, of course, the Target novelisation that Dicks wrote, released in 1982 and since read for audio by Geoffrey Beevers and John Leeson. Instead, the alternate version is one that Dicks wrote back in 1981, specially commissioned by Pickwick Talking Books. It was read by Tom Baker and released on cassette in 1981, predating the Target novelisation. Interestingly, it is not an abridged version of the novel Dicks later wrote for the Target release, but instead a completely different alternate version, rewritten so that all scenes are told from the Doctor and Romana’s points of view. This allowed Tom Baker to provide an in-character reading of the text for the audio cassette release. This limited perspective approach to the story also shortened the overall story, making it suitable for a 60 minute audio release. While the cassette release was reissued in 1985, it has since fallen into obscurity and been forgotten, meaning that this alternate version has never actually seen print. We can only hope that as the life and work of Terrance Dicks continues to be celebrated, this forgotten gem might also see the light of day alongside the Target version sometime in the future! 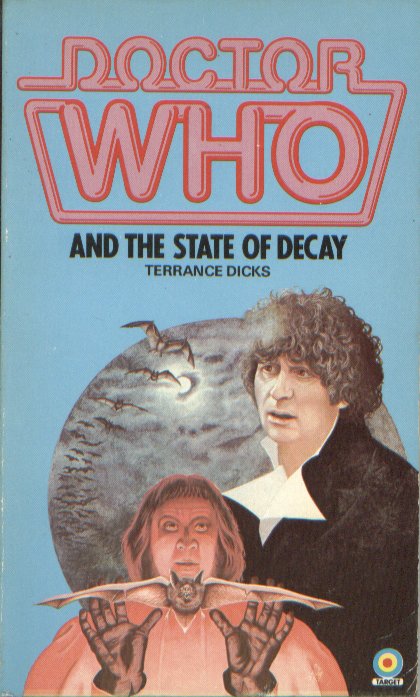 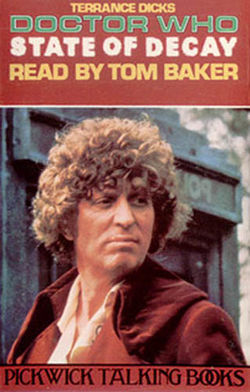