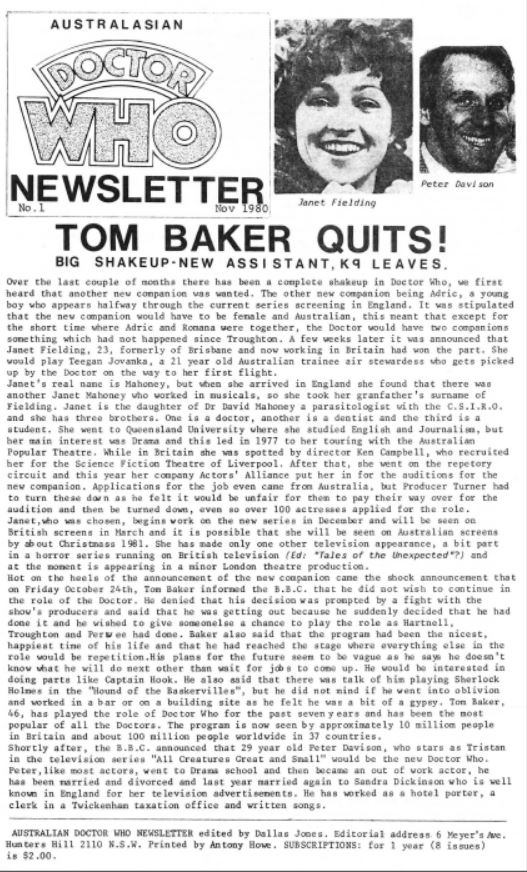 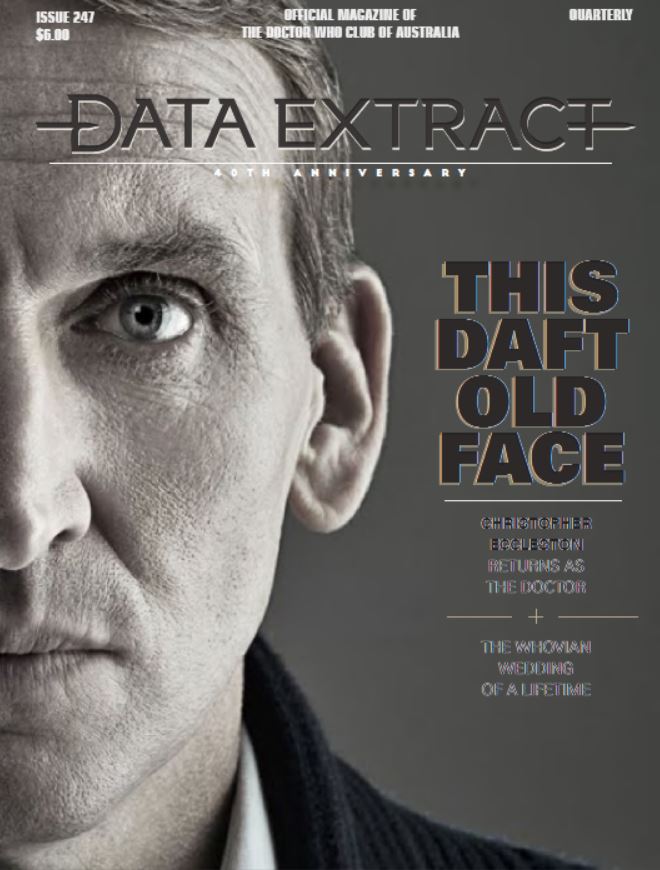 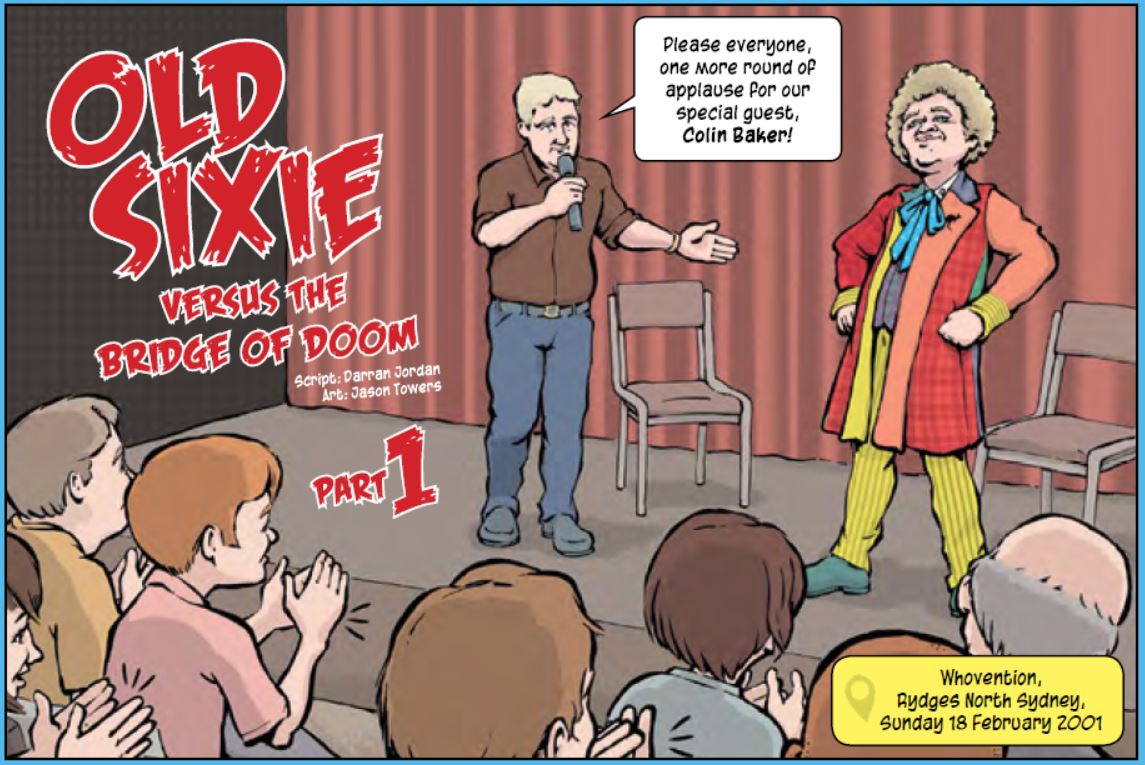 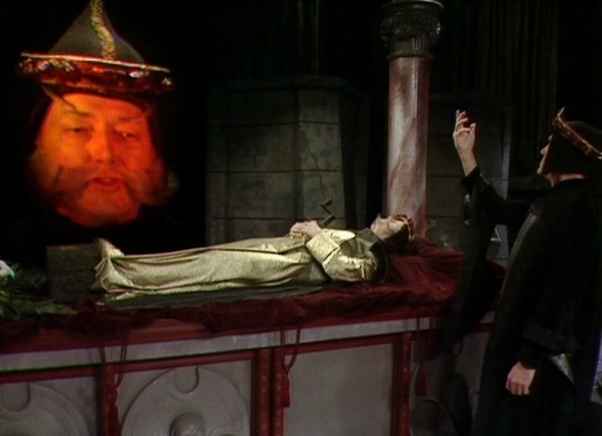 Recently, there was an issue with the DWCA’s PO Box and that led to some mail being returned to the sender. The DWCA would like to assure club members that the problem has now been rectified. If people wish to resend any items that were inadvertently returned during this time they can now do so and are encouraged to. The club apologises most sincerely for any inconvenience caused during this time. 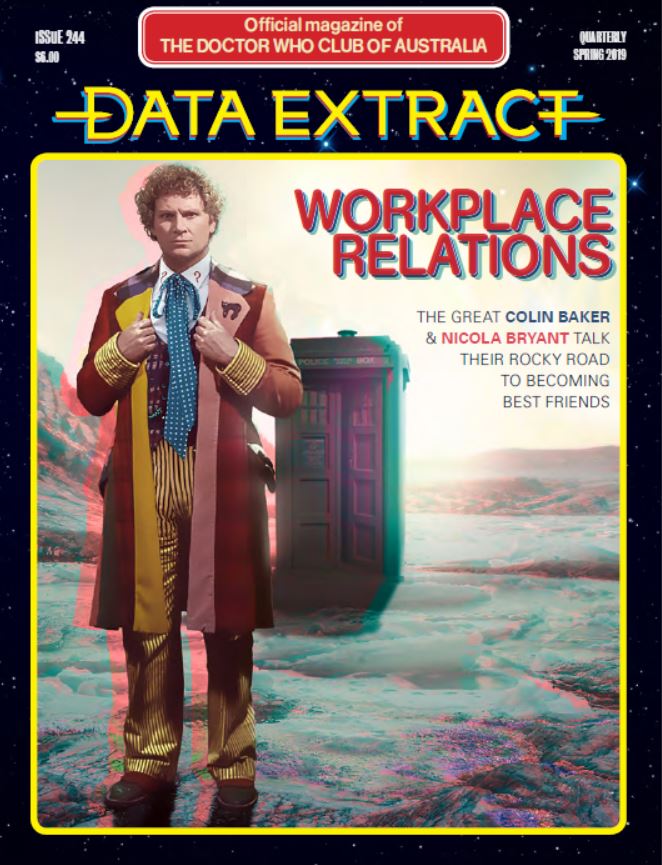 The latest issue of Data Extract has been sent to all subscribers, this issue featuring Colin Baker and Nicola Bryant discussing workplace relations on the set of The Twin Dilemma, an interview with writers Jon Blum and Robert Smith?, the second last episode of the Eleanor saga, a dive down the rabbit hole into Doctor Who Choose Your Own Adventures, political jargon in the Junkyard and fan discussion on the nature of creativity. All this and a new full-colour episode of The Dalek Chronicles – Time War!

If you aren’t a subscriber, make sure to join up now!

The DWCA would like to thank those members who have nominated themselves for a position in the club committee, to be officially elected at our upcoming AGM on Sunday 25 August.

Each position received only one nomination, so the people listed above will be declared elected unopposed.

For more information on the AGM, please visit our event page here.

The DWCA is also still seeking applications for the position of Merchandise Manager, which will be vacated in the coming months.

As this is a non-office-bearing role, there is no formal nomination or voting procedure – rather, the suitability of each applicant will be assessed by the standing committee. The successful applicant will also have the opportunity to shadow the incumbent Merchandise Manager before assuming full duties.

For more information on the role, click here. To apply, email enquiries@doctorwhoaustralia.org

Issue #243 of Data Extract, the official magazine of the Doctor Who Club of Australia, is now in the mail for all DWCA members. 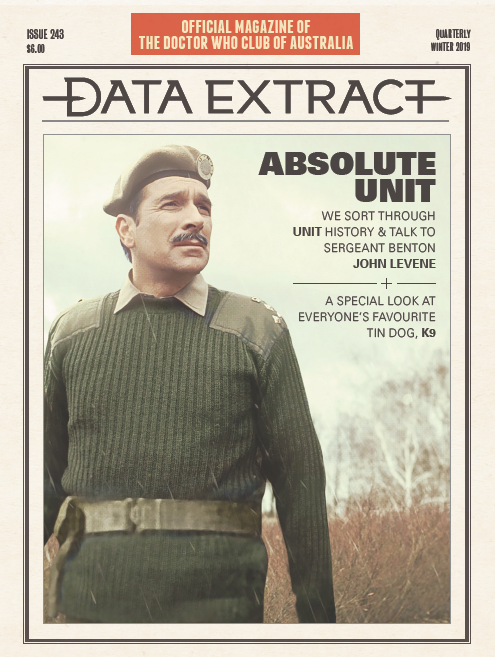 This issue, we go back to the ’70s (or is it the ’80s?) to discuss all things UNIT, including an interview with Sergeant Benton himself, John Levene and an examination of THAT dating controversy. We’re also celebrating everyone’s favourite robot dog in an interview with K9 co-creator Bob Baker, while writer Jon Blum presents his argument for why the 2009-2010 K9 spin-off series deserves a second chance. Plus, it’s the beginning of the end for the Eleventh Doctor and Eleanor saga…

The new issue is available exclusively to DWCA members, so click here to sign up today. Select back issues of the magazine can also be purchased from the DWCA Shop.

The form must be submitted to the following address by 26 July:

The DWCA is pleased to announce that we will be exhibiting at Supanova Comic Con & Gaming, being held at Sydney Showground from 21-23 June.

The DWCA booth will feature a range of merchandise from across the Whoniverse, with DVDs and original audio dramas starring all your favourite characters – including limited edition Blu-ray boxsets featuring select full seasons of the classic era. This is in addition to a huge range of graphic novels, sonic screwdrivers, action figures, Pop! Vinyls, mugs and other collectables. 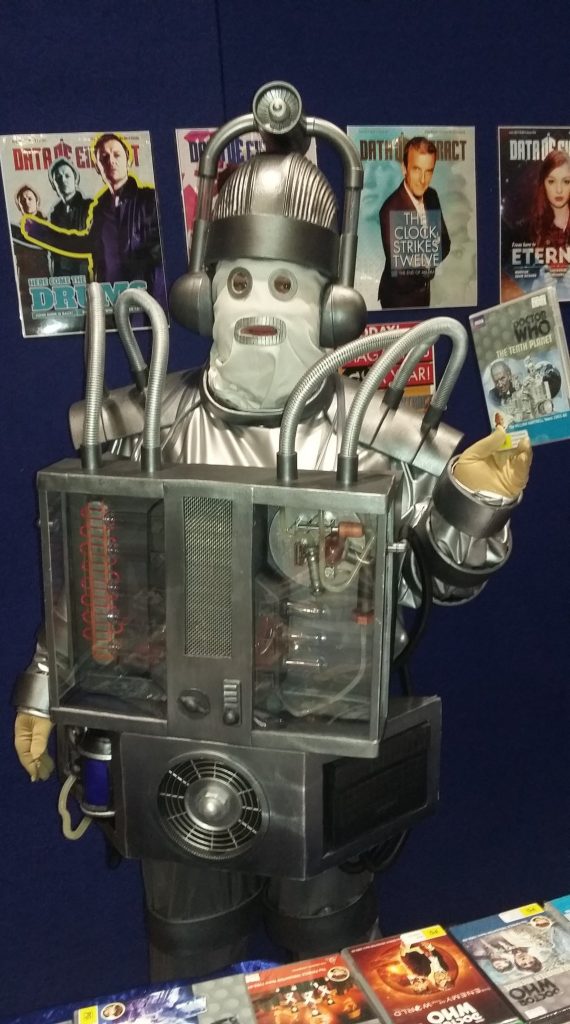 If you’re more interested in the activities of the club itself, you can sign up or renew your membership at the booth, as well as peruse back issues of the club magazine, Data Extract – and as a Supanova special, all membership purchases will include a bonus talking plush clip-on absolutely free (while stocks last). We’re also on the lookout for fresh faces to join the DWCA committee – including a new merchandise manager – so if you think you’ve got what it takes to help run the club, let us know!

The DWCA booth will be located with other general exhibitors in The Dome, with trade beginning on Friday 21 June at 1pm. Check us out at Booth #1202, circled on the map below. 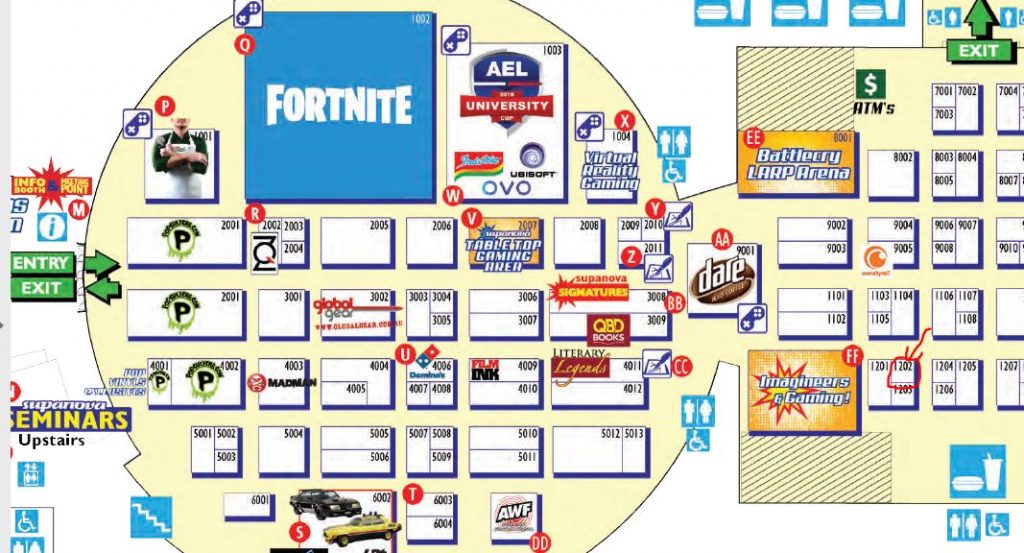 2019 marks 30 years since the end of the classic series of Doctor Who, and the DWCA Book Club is recognising this significant anniversary by reading the first Seventh Doctor graphic novel from Titan Comics – Operation Volcano.

Written by Seventh Doctor veterans Andrew Cartmel and Ben Aaronovitch, the story sees the Doctor and his companion Ace reunited with Rachel, Allison and Group Captain Gilmore of the Counter-Measures team, last seen on screen in 1988’s Remembrance of the Daleks. 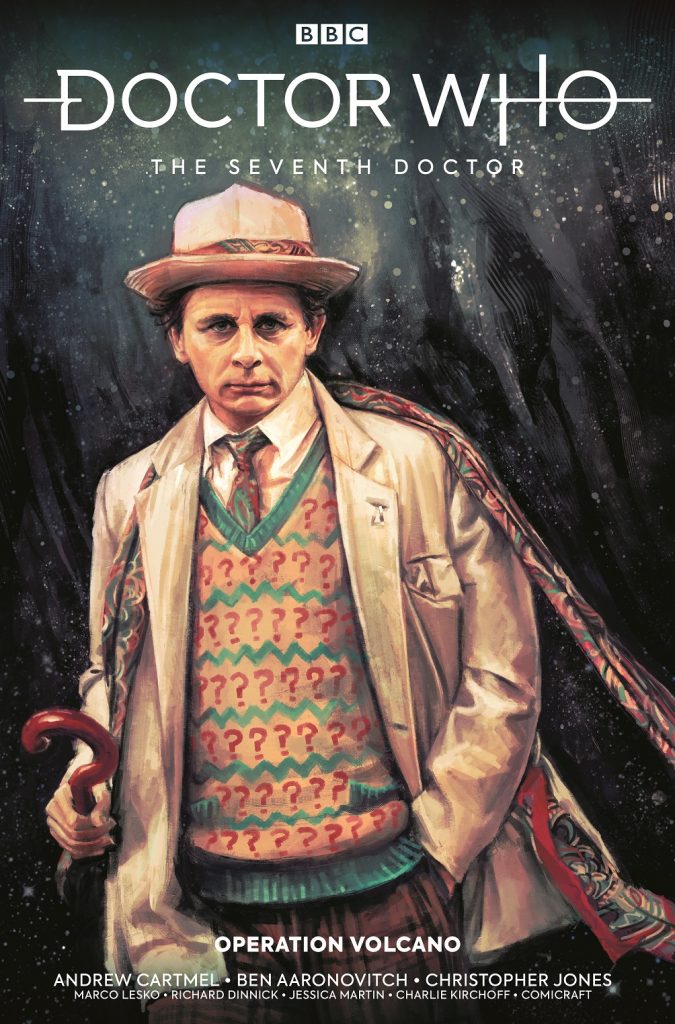 The Doctor, Ace and the Counter-Measures team are holed up on the remote plains of the Australian desert. But what is the true agenda of the traitor in Gilmore’s ranks? What sacrifices will Ace have to make for the sake of the future? And what connects the events of 1967 with an unidentified spacecraft orbiting the Earth in 2029…?

Operation Volcano is available now from DWCA Shop, along with a range of other graphic novels from Titan, and will be discussed at the DWCA Book Club meeting on Friday 2 August. You can also comment on our Facebook page if you can’t make the event.