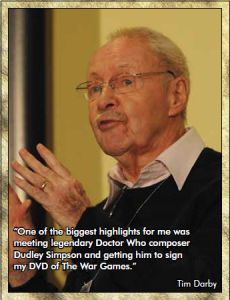 It is with regret we report on the passing of Victor Pemberton.

Pemberton is one of a few people who has also written for Doctor Who (Fury from the Deep) and also acted in the show as well. (The Moonbase.)

Pemberton is also credited with creating the Doctor’s Sonic Screwdriver, which first appeared in Fury from the Deep. He also contributed to the show by being a script editor on Tomb of the Cybermen. His other work for Doctor Who was the fourth Doctor audio adventure ‘Doctor Who and the Pescatons’. He also wrote the target novelisations for both Fury and The Pescatons.

The DWCA is sad to report on the passing of Rosemary Howe, the mother of founder Antony Howe.

Rosemary was one of the driving forces behind the starting of the club.

Deepest condolences to the Howe family. 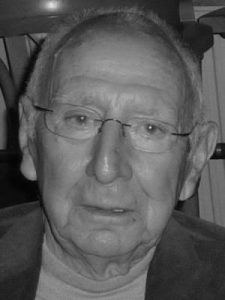 It is with deep regret that we report on the passing of Sir John Hurt.

Hurt was best known within Doctor Who circles playing the War Doctor in the 50th Anniversary special – The Day of the Doctor. He returned to the role in the Big Finish audio adventures in 2015.

He also has a number of iconic roles within pop culture, such as Kane in Alien, the voice’s of Hazel in Watership Down and, the horned king in The Black Cauldron and Mr. Ollivander in the Harry Potter Film Series.