Run away with the Doctor

The BBC has finally released both a trailer and a synopsis for the brand-new VR Adventure Doctor Who: The Runaway.

Set in the TARDIS, the adventure stars Jodie Whittaker in animated form and features brand new music from Doctor Who composer Segun Akinola. 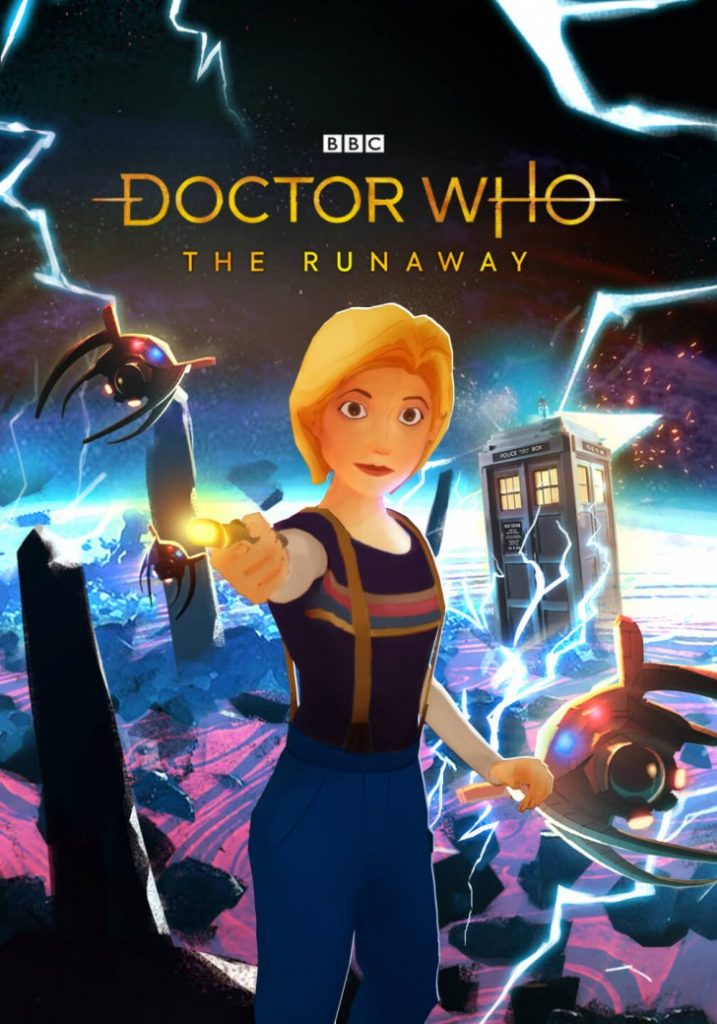 The new story is 12 minutes long and will see the viewer join the Thirteenth Doctor on the TARDIS in an animated interactive story from the BBC and Passion Animations.

Players will get the chance to be the Doctor’s champion and help her with her adventure as both viewer and doctor find themselves facing a deadly threat. It will be available on selected VR headsets later in the year.

According to the synopsis:

You’ve been in a collision. You wake inside the TARDIS. The Doctor introduces you to the person, or thing, you collided with. He’s a strange and magnificent ball of living energy called Volta. Part surly teenager, part bomb, Volta is very unstable. In fact, he’s primed to explode. Big time. Unless he can be returned to his home planet, sharpish. The problem is, a squad of galactic busybodies has other plans for Volta. Bad ones. Drawn into a frantic chase, you become The Doctor’s unlikely assistant as she races against time to get Volta home to his parents. Armed with a sonic screwdriver, it is down to you to help The Doctor as she faces the forces of evil, and teenage angst, in this animated 13-minute VR adventure from the team behind Doctor Who Series 11.

Doctor Who: The Runaway was written by Victoria Asare-Archer and directed by Mathias Chelebourg – the man behind Alice, the Virtual Reality Play and The Real Thing VR. It has been produced by the BBC’s digital drama team, BBC VR Hub and Passion Animation Studio and is coming soon to Oculus Rift and HTC Vive, with versions for other platforms including YouTube.