Actor and writer Paul Darrow has sadly passed away at the age of 78 following a short illness. 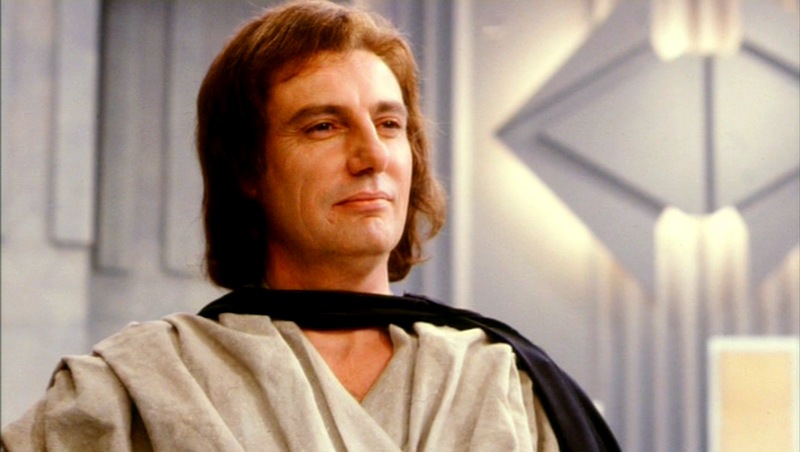 He first appeared in Doctor Who with Third Doctor Jon Pertwee in the 1970 story The Silurians as UNIT soldier Captain Hawkins. He returned as villain Tekker opposite Sixth Doctor Colin Baker in the 1985 story Timelash. Further to this he went on to play the part of Guidance with Eighth Doctor Paul McGann in the audio story The Next Life, as well as Kaston Iago in the Doctor Who spin-off audio series Kaldor City.

He was best known however for the role of Kerr Avon in Terry Nation’s Blake’s 7, the calculating criminal turned freedom fighter who was the balance to idealist Roj Blake in the show’s “Dirty Dozen in space” line-up. In addition to starring in all four seasons from 1978 to 1981, Darrow wrote the Blake’s 7 novels Avon: A Terrible Aspect (1989), Lucifer (2013), Lucifer: Revelation (2014) and Lucifer: Genesis (2015). His autobiography You’re Him, Aren’t You? was released in 2006, with an audio book version read by Darrow released in 2016, including an extra chapter.

Between 2012 and 2019 Darrow starred in over thirty original audio dramas for Big Finish, including multiple Blake’s 7 releases. Big Finish producer John Ainsworth stated: “I will cherish the memory of our days in the studio. How lucky I am to have worked with Paul. A real star and legend.”