Since his passing 20 years ago on 11 May 2001, Doctor Who writer and script-editor Douglas Adams has lived on through various publications, including the novelisations of his Doctor Who stories City of Death and Pirate Planet and even his lost story Doctor Who and the Krikkitmen. While these novelisations have been co-credited to writers working from the original scripts, a new book promises to contain all new material direct from the brain of Adams himself.

42: the wildly improbable ideas of Douglas Adams is to be a full colour, large format hardcover book, featuring never-seen-before extracts drawn from Douglas Adams’s papers, which were loaned to his old Cambridge college, St John’s, after his death. In excess of 60 boxes full of notebooks, research, letters, scripts, jokes, speeches, to-do lists, hard drives and poems are being edited by Kevin Jon Davies for the publication. The book will also include letters to Douglas written for this occasion, including from fellow Doctor Who alumni Neil Gaiman, collaborators John Lloyd and Dirk Maggs, and science fiction actors Simon Jones and Stephen Fry.

The book will be published in 2022, the year that Douglas Adams would have celebrated his 70th birthday. 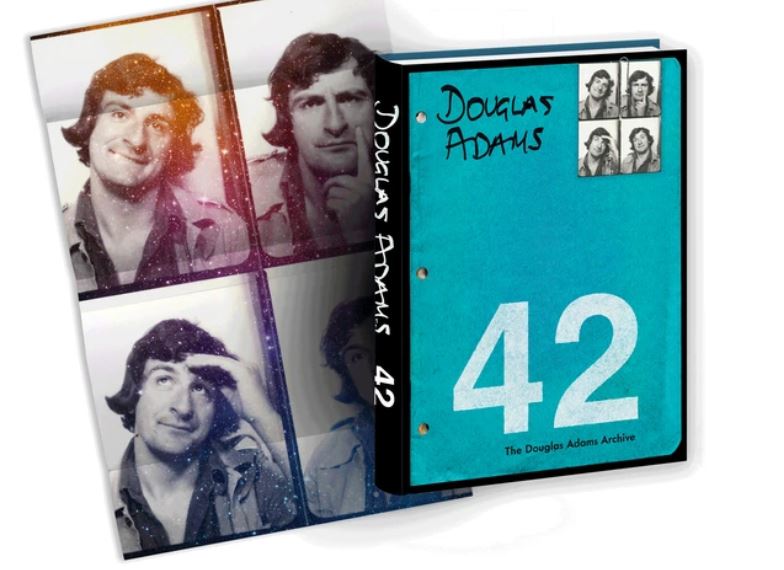