The latest season of Doctor Who has just ended, leaving much for fans to debate in its wake. There was a new Master, Gallifrey’s destruction (again) and the revelation that the Doctor has forgotten multiple lives, all lived before the First Doctor and his granddaughter ever even thought to go see the universe. One of the major players in this season was of course Yasmin Khan, played by Mandip Gill, so while we reel from the end of the series, the DWCA has presented here the interview with her that first ran back in Data Extract 241.

Thanks to interviewer Kevin Suarez from 2SER for conducting the interview. 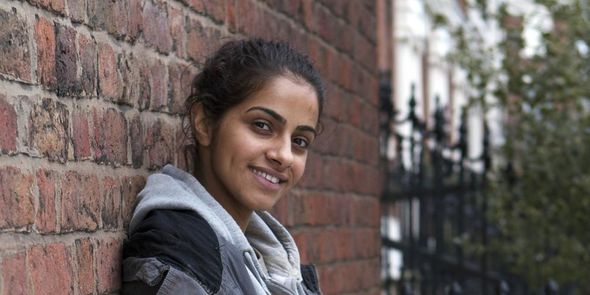 Was working on Doctor Who how you imagined it?

Before I got the audition, I didn’t imagine it. I didn’t know what it would be like, I thought it was worlds away from anything I would be able to do or be in. And when I got it, I was like “I actually don’t know, you can’t expect anything because it’s so random!” And it turned out to be really random and it turned out to be better than I expected. It turned out I made friends for life. I found this new series that I absolutely loved – I’ve been taught so many things while doing this series about history and about space and time and it’s just been mind-blowing.

What I love is, when we’re on set doing something, it often turns out that it looks very different when it finally gets to screen. So for the nine-month process I really enjoyed myself, but I still have now 10 episodes to enjoy with you guys because I have no idea what they look like!

Often when you do other shows, you basically know what it’ll look like, because its drama and nothing’s added. But with all the visual effects and the sound and the grading and the monsters added, it’s completely different. Now I get double the time to enjoy it.

When it comes to your character of Yaz, or Yasmin Khan, what did you want to bring to the character?

It was already written, but there was this sense of truth when we went in to the audition. There’s a lot of truth this series, a lot of drama, real connections and relationships and I just wanted to embed that into my character. I wanted her to be a three-dimensional character with lots of faces and genuine emotions. I didn’t want her to be always scared of a monster or always be upset in certain situations, I wanted to find a natural angle.

So I’d think, “we’ve been on the TARDIS for x amount of time, how would she react to this particular monster?” Then how is that different to when she first sees her very first monster or the first time she going into a spacecraft? I just wanted it to be very truthful, wholesome, and real so that every week, people were finding a new little bit of Yaz, and can go “she’s real! I can connect with her because this week she’s upset but that might not have upset her last week!” She’s been on the TARDIS a little bit longer, she’s missing her family and that really does upset her.

Team TARDIS met Rosa Parks, with an amazing exploration of the Civil Rights Movement and racism, both in the past and present. Will we see the Doctor delve into more contemporary political issues such as racism and misogyny?

Yeah, you will do. Obviously I can’t say too much but there is a few more episodes where that is touched upon, and like Rosa, there are historical episodes that touch upon issues that are still prevalent now.

On a similar note, how has it been representing British – Indians on the show?

To clarify, I’m Indian and the character I play is Pakistani. Just representing an Asian person that isn’t a stereotype, and is a three-dimensional character, an ordinary person in extraordinary circumstances and is relatable, it’s really important to me. I’m glad I’ve had the chance to do it with such an amazing team of writers, working with people and directors of colour.

I’m very fortunate that I’m in a place where there is a shift in what is being created, also a shift in the stereotype of Asian people. We have amazing stories on Doctor Who, and a lot of them are not to do with the fact that Yaz is Asian – it just so happens that she is Asian – but she’s also a police officer and a young girl from Sheffield who misses her family but is excited to go on this journey. In one episode, Demons of the Punjab, I think it’s really clever how Chris (Chibnall, executive producer) touches upon her being Asian and we go back and visit Yaz’s history. But then again, not every episode is about how Yaz would react because she’s Asian. She a young girl from Sheffield who has her own issues and her own struggles on this journey. She happens to be brown.

Where (or who) in history would you like to visit (or encounter)?

We get asked this question a lot and it does change because I’ll answer it and I’ll go “I can do better than that. I have a TARDIS and I chose that.” So I’m going to settle on the beginning of time, and we go back and see how it was created and get all the facts. I know what I think – obviously people believe in different religions and sciences, so I’d like to go back and see if it was the Big Bang, see if evolution really happened, and see how we got here.

Everyone’s so hellbent on going “no, I don’t wanna go to hell! I’ll be a good person,” and me being that person, thinking that. Then I go “I don’t know where I came from!”

That’s just as interesting, exciting and scary as where I’m heading, but I know where I’ve come from.

How are the group dynamics both on screen and behind the scenes?

It’s quite similar, the dynamics, in that we absolutely get along. We’re so lucky that there was chemistry there from the offset – there was no need for us to go to dinner, or work together for a few weeks and warm to each other. We literally get on so well. We found the dynamic with our personal relationships and there’s a different dynamic in the TARDIS. For instance, Brad(ley Walsh)’s character Graham is very serious, doesn’t want to go along with it, very apprehensive, but Brad in real life would throw himself down the stairs just to make you laugh. (laughs)

Yeah, definitely. We visit Yaz’s history in Episode 6 (Demons of the Punjab). We meet her mum in the next episode (Arachnids in the UK) and she’s played by Shobna Gulati. So we do touch upon it just as we have touched upon Ryan’s history. I think that it’s just that everyone’s said to me that we haven’t see much about Yaz but Chris has done this natural journey You have time to breathe and we go on a journey with each character, rather than a bombardment of everybody’s story at the beginning. If it were like that, and we were forced to like these characters. It would be overwhelming. I just love the way that it’s naturally breathing, so that people feel like they know Ryan who’s developed over the last couple of episodes, and he’ll continue to develop. I was marinating in that mix, and then we go see my family and then we touch on Graham’s personal life.

It was really nicely done and it allows everyone to invest in each character and see who they like or who they may not like and that’s fine. 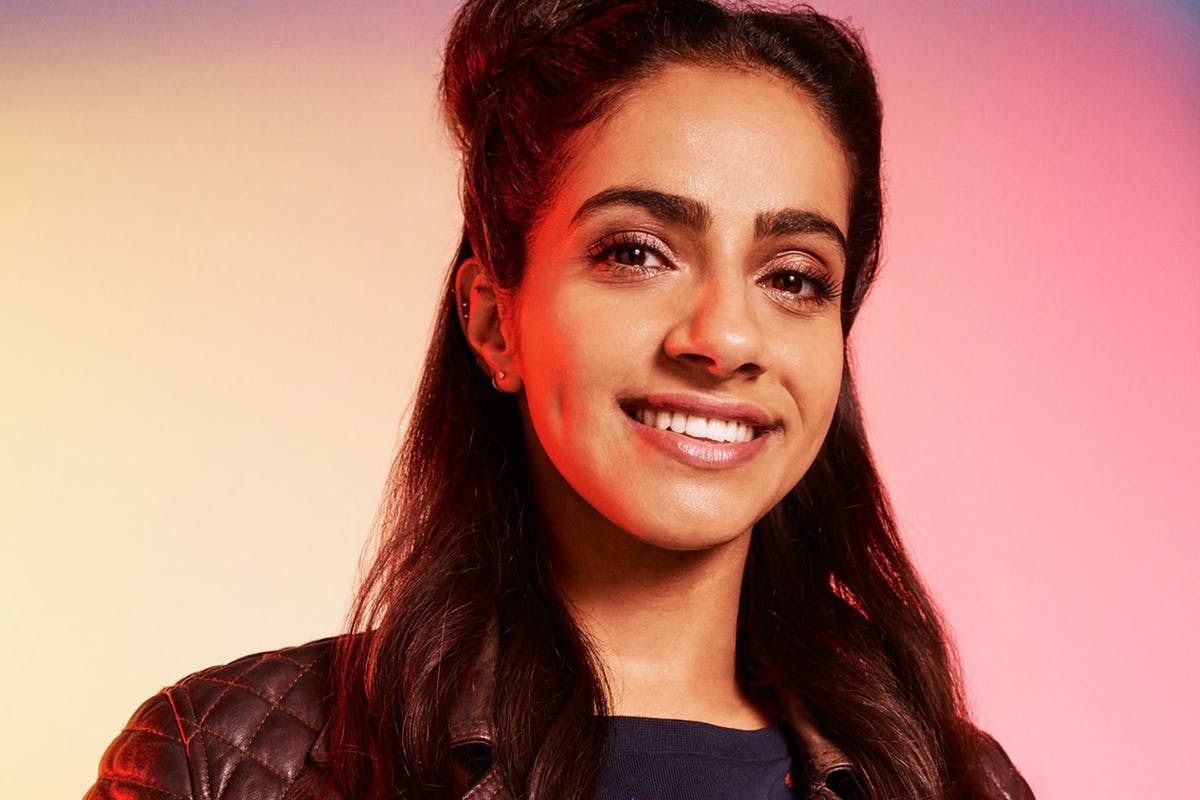