Barrowman back Down Under

JOHN Barrowman has a soft spot for Australia – he’s been here four times in the past year and if he has his way he’ll be back again in 2019.

The actor who brought the iconic Captain Jack to life in the Whoniverse, before playing DC supervillain Malcolm Merlin in Arrow is here Australia, for Supanova. Last week he took Adelaide by storm (building his own Tim Tam Jenga with husband Scott) and this weekend it will be Brisbane’s turn. 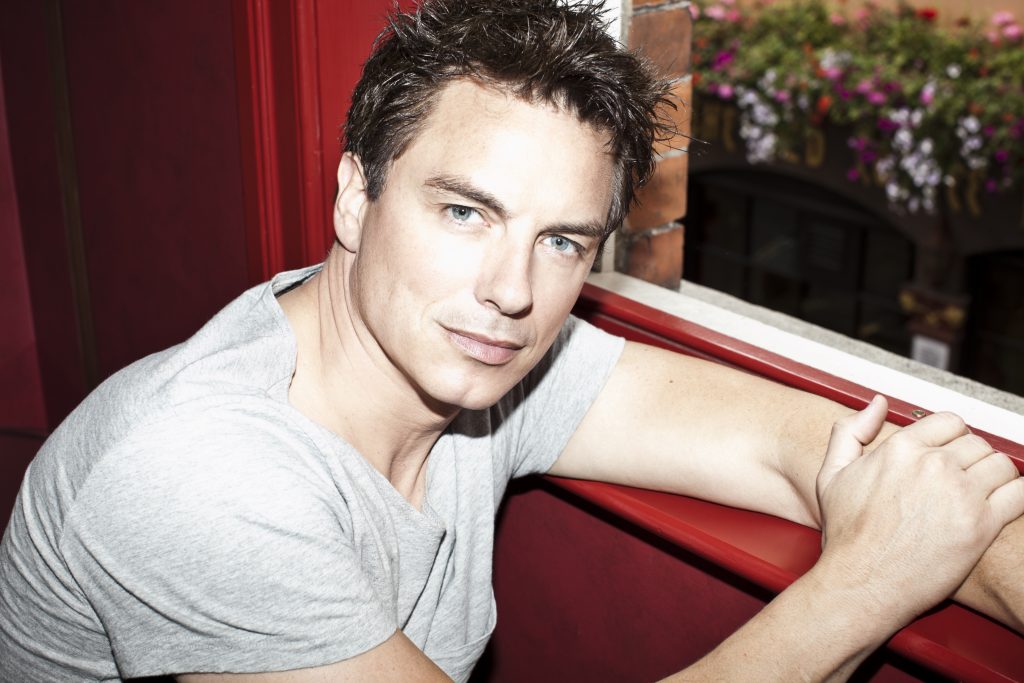 Our chat by phone is “timey wimey”. It’s 5.16pm on 23 October in Palm Springs and after 11am Sydney time on 24 October. He’s quick to point out I’m talking to him from the future, instantly relaxing both of us in a way neither probably feels.

This is one of two days off he has before he comes to Australia (perhaps before he takes time off for Christmas and downtime in January, and I’m on deadline for other projects). And yet here we are chatting like old friends who have never met – he is in an interview just what you see on stage – friendly, funny and totally natural.

He’s keen to talk about Australia, the continuing love out there for Captain Jack and how teenaged girls see his Malcolm Merlin as a father figure, even though he’s definitely no poster-child for perfect parenting.

We start with Australia and his four trips to this country this year.

“We like Australia, we think it’s a fun place to go,” he admits when I ask why.

“We are going to be in Adelaide and Brisbane for Supanova and my husband Scott is going to be planning the itinerary for our week off.”

This trip is very much a family affair, with John and Scott being joined by John’s sister author Carole Barrowman for both events.

And it’s not all Pop Culture festivals for the versatile and bubbly Barrowman – the man is an entertainer with a capital E. He sings, dances, presents and acts and earlier in the year he brought his musical talents to this country and he hopes to be back.

“Having done such a successful show in Melbourne we are looking to do it around other cities,” he said.
“The Centre where we performed is interested.

“We are yet to solidify dates but if it does happen then it will be in the year.”

And maybe it will be a chance for Barrowman and husband Scott to do a bit more house hunting in Australia.

“When we were on the Gold Coast we looked at a high-rise,” he explained. While the couple decided against that particular place, he hasn’t ruled out buying something here in Australia.

“That was just the Gold Coast. Never say never – we haven’t ruled out buying something in Australia.”

The Glasgow-born star has been spotted at Southbank in Brisbane and several places around Adelaide since arriving in the country, clearly enjoying our weather and our hospitality.

However, it is back to work now with a series of panels across the weekend including with his former Torchwood co-star Gareth David-Lloyd, who joked that John wouldn’t enjoy sharing a stage – and while that is probably not true, it is true that John Barrowman, who is fresh from filming in Vancouver and also has a role as the bad guy in the new Fireman Sam movie, loves a stage.

“I know what I was put on this planet to do and that was to entertain people,” he laughed.

“That’s why it comes easily,” he says of his over-the-top and often event-stealing panels at Cons. And don’t expect anything other than to have fun when you go to see him, he sure will.

“People can expect more or the same,” John said.

“I don’t plan anything… I just let it happen.”

And one thing he has made no secret in wanting to happen is more Captain Jack.

“If I was asked I would do it,” John said (and has said many times in the past).

“It’s up to Chris, it’s his show and as we’ve seen so far he is doing a brilliant job with Jodie and the new companions!

“He was our showrunner on Torchwood, he has a great track record and he knows Captain Jack really well!”

You can catch John Barrowman, his sister Carole and Gareth David-Lloyd at Supanova in Brisbane this weekend and, fingers-crossed, coming to a stage near you early next year.