The late running Data Extract #245 is out now from DWCA Publications! Originally scheduled for late December 2019, the issue will instead hit post boxes in late January 2020, but promises to have been worth the wait. It features an interview with Mark Sheppard on his role as Canton Everett Delaware III, as well as an interview with Josh Snares on the part he played in the University of Central Lancashire’s remake of Mission to the Unknown. Plus new theories from The Boffin, cosplay adventures caught by the camera of Norman Keshan, news, merchandise and reviews.

It also features the final episode in the Eleanor saga, the fan fiction strand that has been running in Data Extract since issue 228. The siege of Atlantis is underway and only the Eleventh Doctor and Eleanor Chaplette can defeat the shadows – everything depends on them, but can their bond survive the descending darkness and the end of all things? Data Extract is a magazine exclusive to members of the Doctor Who Club of Australia, so if you want a copy make sure your membership is up to date! 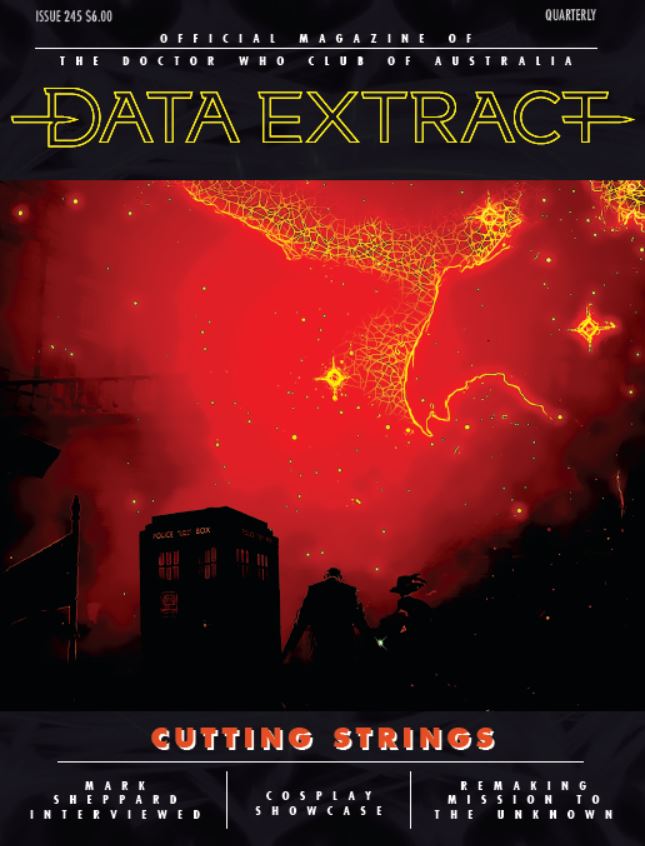