DWCA Publishing is back in action, following some unfortunate COVID-19 delays, with Data Extract #246 shipping next week. This latest release kicks off the celebrations for the publication’s 40th anniversary. It was November 1980 when a two-page newsletter was sent to Australian fans, leading with the shocking headline “Tom Baker Quits!”. Not even called Data Extract yet, headlined instead simply as the Australasian Doctor Who Newsletter, none could have known it would still be going strong four decades later. In fact, creator Dallas Jones started the premier editorial with the words: “This will be my first and probably last editorial”. Far from prophetic, the journey from 1980 to 2020 has seen the publication grow into a fully-fledged magazine and become the flagship publication for the DWCA.

This latest issue starts the countdown to #249, which will coincide with the release of the first issue 40 years earlier. Over the next four issues there will be various features and articles to celebrate, including a four-part series kicking off in #246 that counts down the publication history decade by decade. Artist Jason Towers will also be providing a full-colour serialised comic telling the true story of what happened to Colin Baker when the club forced him to climb the Harbour Bridge during his Whovention visit. Issue #246 has interviews with Whovians host Rove McManus and Doctor Who comic artist Stewart McKenny, followed by future issues featuring Doctor Who Brand Manager Edward Russell, a behind the scenes look at the Lockdown Season, news, reviews and the latest releases. Plus, the next four issues are running a new four-part serialised fiction piece titled War of the Valeyard. Ever wondered where the Valeyard came from or what he did during the Time War? Well, wonder no more as shocking answers are revealed about everyone’s favourite dark-side amalgamation. Plus, we road-test the strangest fan conspiracy theories with the Boffin in Theoretically Speaking, report on the latest local fan news with Regional Transmissions and dredge the lake of public opinion for new points of discussion and digression in the Junkyard.

Issue #246 starts the celebrations with designer Alan Russell’s cover reinterpreting the classic cover art of Chris Hale from DE’s milestone 200th issue. Plus a look at the history of Doctor Who in electronic gaming from Gemma Styles, a dive into the psychology of the Master by Seth Lukas Hynes and Tim Darby’s Countdown! 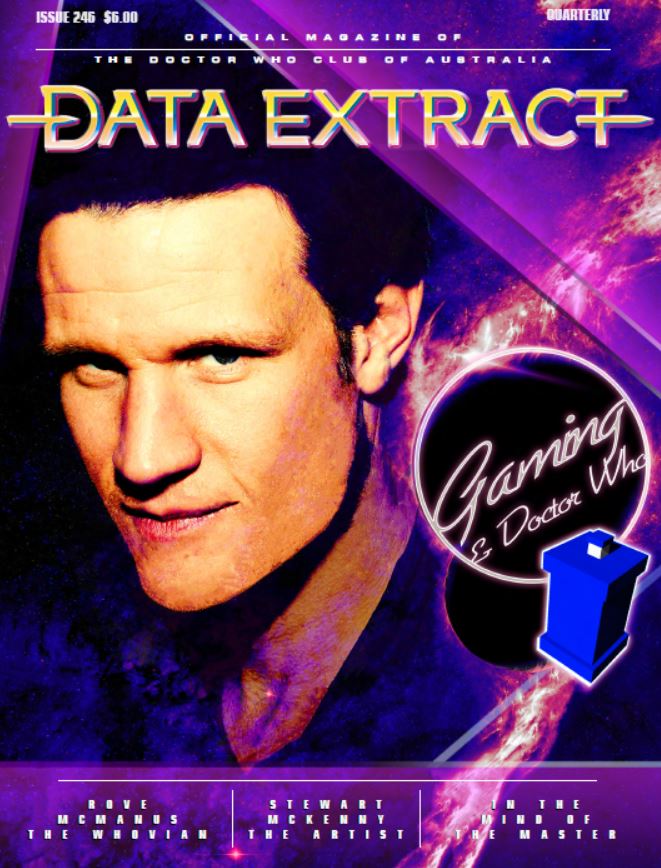 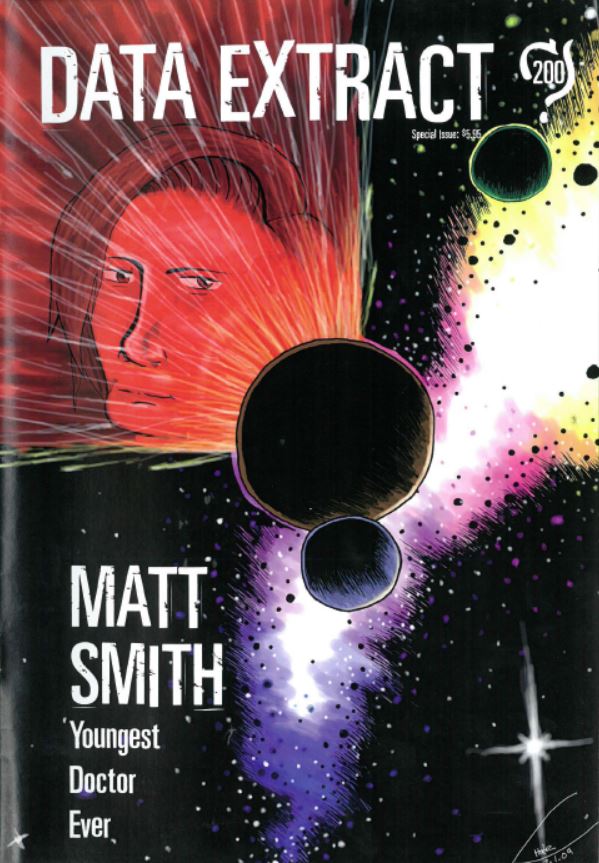 Data Extract is published exclusively for DWCA club members, so the only way to ensure you get a copy is to become a card-carrying member and join/subscribe today!

That’s far from the end of the celebratory releases from DWCA Publishing this year though, with numerous new releases currently in the works, some highlights of which are included below…

The Adventures of Eleanor Chaplette

The Eleanor saga continues from the pages of Data Extract (as collected in Zerinza Volume 4) in a series of new novels, the first of which is Trash Island by Dom Kelly. Twenty years after the attempted darkness invasion of Atlantis, Eleanor is still saving people from across time and space. While rescuing the doomed Chinese sailors of the Whitebelly however, she comes across something unexpected, an island of refuse displaced in time and space and laced with human skeletons. The search for answers will lead her across the stars and over acidic oceans to the corporate island of Polystrata and a world with no future! 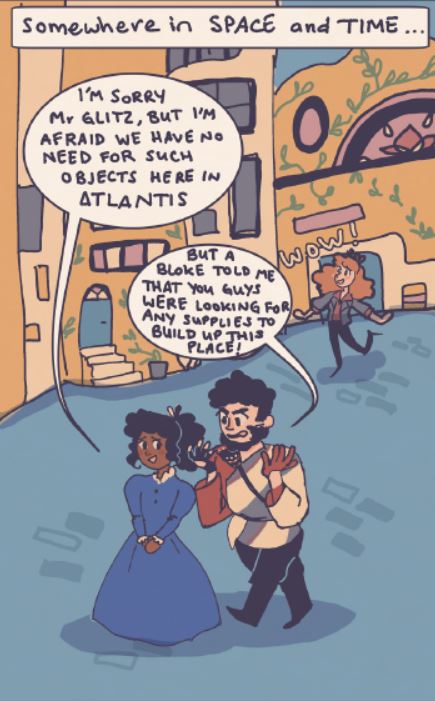 Who’s Your Own Adventure

This is no ordinary book! Within these pages you must make the decisions that guide the story. You might choose to turn left and end up saving the world or instead turn right and create an alternate reality where everything falls apart – the choices will be yours! The Choose Your Own Adventure format of multiple-choice narrative is blended with the history of Doctor Who in this new series of books, that allow you to step into the real life history of your favourite show and experience it as never before. The first book delves into the little-known history of the Australian protest to stop the national broadcaster from dropping Doctor Who from its schedule. The protest ensured the show continued in Australia and was the event that formed the Doctor Who Club of Australia. Or did it? Every choice you make as reader will have a consequence and the very future of Doctor Who itself may be changed forever if you stray too far down the wrong path!

With its usual eclectic mix of articles, interviews and fiction, the next volume of Zerinza will continue to deliver exciting long-form written pieces on Doctor Who.

The DWCA will also be releasing another digital comic, following in the tradition of past comic specials Liberation from the Daleks, Wrath of the Cyber-Spider and Pyramids of Mars. The next comic special will feature Doctor Who stories alongside true tales of fandom, all brought to life in comic book format with stunning art from Australia’s best Whovian artists.

DWCA Publications are produced for club members, so the best way to ensure you get a copy is to join the club today!