Capaldi to leave Doctor Who in 2017 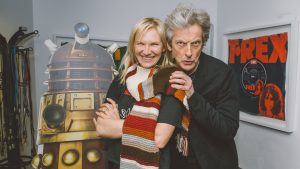