ROSE Tyler is back again, but this time she is without the Doctor.

Billie Piper, who gave birth to her third child over Christmas, has signed on to return for a new audio spin-off due out at the end of 2019. Rose Tyler: The Dimension Cannon is one the latest audio series from Big Finish Productions in association with BBC Studios. 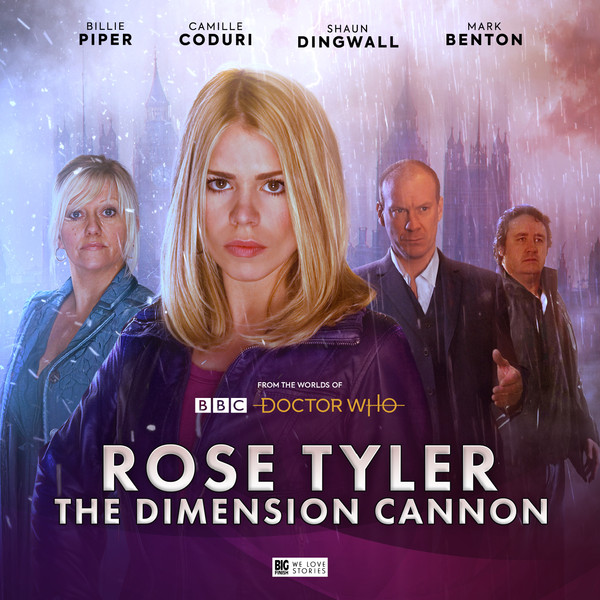 Explaining how the new series came about, Richardson said, “I approached Russell T Davies with the idea of Big Finish making a Rose Tyler spin-off.

“He was very enthusiastic – as always – and suggested we followed Rose’s journey that ultimately leads to her finding the Doctor in The Stolen Earth. I found the proposal irresistible, and instantly script editor Matt Fitton and I were throwing around ideas. There is a whole multiverse of possibilities. Russell suggested including Jackie and Pete, and embraced my idea of including a parallel universe version of Clive – who of course was killed off in the TV series (in the 2005 episode Rose).”

He said Davies guided them through the development “steering us towards ideas that worked brilliantly, ensuring things that needed improvement were fixed, and also throwing out the ideas that didn’t work.”

“I’m absolutely delighted with what we have – a family drama about the end of worlds. It’s about love and loss and things that might have been – and our brilliant cast have embraced the emotional scripts,” Richardson said.

“What we have is different from previous iterations. It’s rather dark (though never short on wit and charm) but it’s not really about villains. It focuses on the fight to survive against the odds, and on the power of family and love.”

The four episodes follow Rose’s mission to seek out the Doctor, the only person who can save the doomed multiverse.

Rose Tyler: The Dimension Cannon will be available from the DWCA Shop in November of this year. Three audio adventures alongside the Tenth Doctor – Infamy of the Zaross, Sword of the Chevalier and Cold Vengeance – are available now.