An Open Letter to The Mighty Pert…

Sunday 7 July 2019 marked the 100th birthday of the Third Doctor himself, the late Jon Pertwee – the man who saw Doctor Who into the age of colour television and proved that the programme could succeed even when the Doctor was stuck on Earth!

As part of the birthday celebrations, the DWCA will this month be holding a special day event devoted to Pertwee and his impact on Doctor Who history, running on 25 August at Club Burwood. We’re also sharing the love for the Third Doctor via the opinion piece below, written by actor and comedian Rob Lloyd.

My name is Robert Lloyd, I’m a 41-year-old actor/comedian/improviser from Melbourne Australia and I’m a huge fan.

Even though you’ve been dead 23 years now, you still shape my life in so many ways and seeing this year is the 100th anniversary of your birth, I just wanted to tell how much of a positive influence you’ve been in my life.

I was only slightly aware of you when I was growing up in the 1980s in rural New South Wales. See… you terrified the living s*** out of me as the “lovable” head-swapping scarecrow, Worzel Gummidge. Also I thought you were pretty cool as Spotty on Super Ted. However my awareness of you all changed in 1996 when I finally started getting into Doctor Who.

Yes I am aware that that was also the year you died, my timing isn’t the best. Sorry.
The news of your passing made it to all the news channels and papers here in Australia. I remember watching every news segment with such intensity and I found out so much interesting information about you. The more found out about you, the more was I impressed.

I threw myself head-first into watching more of your stuff…particularly your influential era of Doctor Who.

The first of your stories I watched was actually your first one as the Doctor… Spearhead from Space. By the end of those four episodes of Robert Holmes gold I was hooked. The Third Doctor was MY Doctor.

It then became my mission to collect all your stories on VHS, cassette, DVD and now with the release of Series 10 boxset also Blu-Ray.

What are DVDs and Blu-Ray I hear you ask? I’ll explain later *wink*

I was also obsessed with building my “Pertwee Ensemble”. I had my grandmother construct for me a white, button-up shirt with ruffles, I picked up at various second-hand stores some velvet jackets, I even got a bowtie.

I dressed like you to all my important social events: show openings, fancy dress parties, going to the shops.

The Third Doctor was my hero.

You were my hero.

I adore how you embraced the role of Doctor Who, specifically how you saw this as a chance to stretch your “serious acting chops”.

Having built your success from working predominantly in comedy, I can see how eager you were to play this role with a “straight bat”. This was a smart move seeing you were following the great Patrick Troughton, who mastered the comedy of the Doctor.

This decision really shaped your entire time on the show. The Third Doctor is focused, impatient, a daring man of action, a lover of gadgets, a person who embraces the role of mentor/guide/father figure. At time he could be brash, horribly patronising and even downright rude and cruel.

I will admit that sometimes these character choices went too far (I’m sorry but you were completely unlikable in The Claws of Axos) but when you remembered to lay the charm on thick or push yourself fully commit to your character’s emotional state no other Doctor could come close to you (your final moments in Planet of the Spiders are still the highlight of your time on Who).

Some see your Doctor as an ‘Establishment Man’ which was a contradiction to the rebel spirit of the Doctor brought out so effectively by Troughton & Tom Baker. However I always saw your Doctor as someone bringing down the system from within…you were amongst them but you weren’t one of them. You were playing them at their own game and you always one. I loved that.

A couple of years ago I started blending my love for Doctor Who with my love of performing. I co-created a solo show about being a Who fan called Who, Me. Of course I mention you in it.

I’ve toured it all around the world, I got to work with and meet some of your U.N.I.T family:

Everywhere I’ve toured, I’ve always taken an action figure of you as my good luck charm. It has definitely come in handy.

I even got to write an article for Doctor Who Magazine about dressing up as you…I know right!?! What madness is that?

I feel like you’re my spirit animal Mister Pertwee. I’ve felt your guidance and positive presence over my life since 1996.

So I wanted to take this opportunity to say thanks…thanks for the inspiration and thank you for being my Doctor. 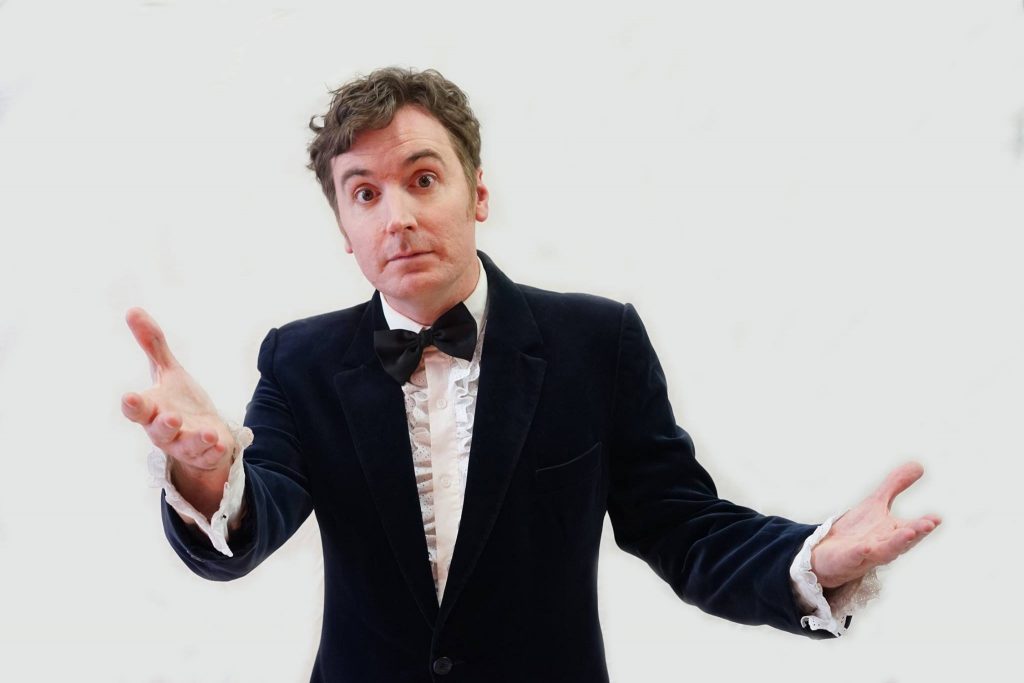 The DWCA’s Third Doctor-themed day event, Reverse the Polarity, will be held on Sunday 25 August from 10am at Club Burwood, Sydney, with the 2019 DWCA AGM set to follow at 4pm. There will be a variety of Third Doctor merchandise available to purchase from the DWCA Shop at the event, such as DVDs, sonic screwdrivers and Big Finish audio dramas – including The Third Doctor Adventures Volume 5 and Torchwood: The Green Life, a sequel to The Green Death featuring Katy Manning as Jo Jones!