A Brief History of Time Ladies

March is the month of International Women’s Day. To celebrate, we’re hosting a special event commemorating the achievements of women in Doctor Who both behind and in front of the camera on 25 March – you can find tickets here. But before all that, we’re taking a look at the long and rich history of Time Ladies – one that is set to become even richer with the arrival of Jodie Whittaker as the Thirteenth Doctor. 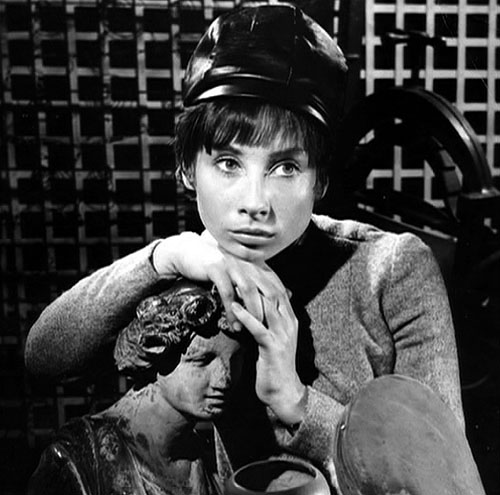 The name of the Doctor’s species was a mystery when the series first began, but the first potential Time Lady was present at the very beginning in the shape of the Doctor’s granddaughter, Susan. The key word here though is ‘potential’ – due to an odd combination of subsequent continuity developments (can Susan regenerate?) and an understandable reluctance for a family programme to explain how Time Lord reproduction works (is Susan the Doctor’s granddaughter in a biological sense? If she isn’t, then is she of the same species as the Doctor?), her Time Lady status is somewhat in doubt.

Aside from Susan, Time Ladies were conspicuous by their absence for the first fifteen years of the programme, leading some fans to speculate that Time Ladies simply did not exist (!). This changed dramatically with Season 15 finale The Invasion of Time, which not only included the first depiction of a female living in Gallifreyan society, but also a female rebellious outsider living beyond the protection of the domed city of the Capitol. The former was Rodan, who worked as the Gallifreyan equivalent of an air-traffic controller and befriended the Doctor’s companion Leela. The latter was Presta, who was played by Australian actor Gai Smith, better known these days as businesswoman and horse trainer Gai Waterhouse (yes, really).

Later the same year, the Doctor began his travels with the Time Lady Romanadvoratrelundar, otherwise known as Romana (or, on one occasion, ‘Fred’). Whilst initially characterised as a sheltered academic, Romana soon developed a greater confidence and sense of adventure as she became more experienced. Played by Mary Tamm in her first incarnation and Lalla Ward in her second, Romana was the first character to be referred to as a Time Lady on screen, in 1979’s City of Death. She would often appear much more level-headed than her companion, fulfilling a Doctor-like role in the adventure whilst the Doctor goofed around elsewhere, and at times was even shown to be the Doctor’s intellectual superior. She also built her own sonic screwdriver, a sleeker design that the Doctor liked so much that he once tried to steal it!

Two more notable Time Ladies were introduced in Doctor Who’s 20th anniversary year. The opening story of the programme’s 20th season, Arc of Infinity, saw the introduction of Thalia, who sat on the High Council of Time Lords fulfilling the role of Chancellor, making her the first Time Lady in a position of power to be shown on screen. The anniversary special, The Five Doctors, saw another female Chancellor by the name of Flavia, who ascended to the position of President at the episode’s conclusion. With Flavia as the first female President of the Time Lords, Doctor Who managed to show us a female political leader at a time where such a thing was scarce in reality. 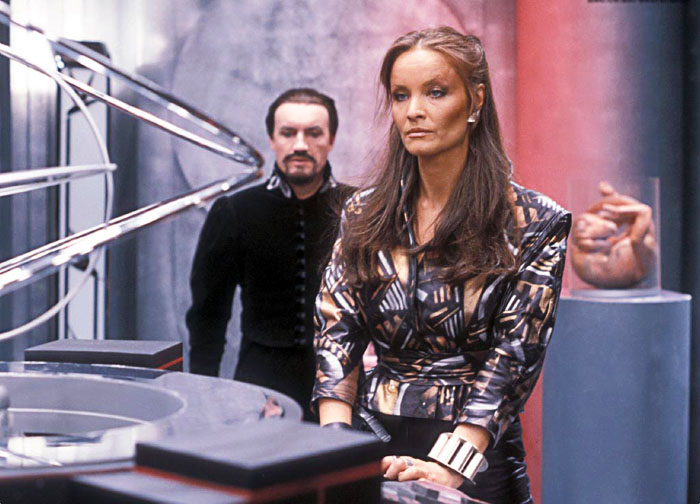 A striking new villain was introduced in the Sixth Doctor story The Mark of the Rani. Portrayed by Dynasty actor Kate O’Mara, the Rani was a female renegade with her own agenda, not merely a ‘female Master’. A brilliant biochemist, she had a detached, scientific outlook on the universe and firmly believed that the ends justified the means. She also had her own rather groovy TARDIS that was decorated with dinosaur embryos for undisclosed reasons. The Rani was her own woman whose plans didn’t revolve around trapping or tricking the Doctor – in fact in her first appearance she seemed irritated that the Doctor had become involved at all – and by leaving Gallifrey to embark on her own adventures the Rani was in many ways the Doctor’s equal.

Even though Doctor Who was mostly off the television between 1989 and 2005, there was plenty still going on in the Whoniverse. The Wilderness Years may have seen the flourishing of the expanded Doctor Who universe – the adventures continuing through various novels, comics and audio dramas – but they also saw a large number of spoofs, parodies and unusual ‘what if?’ takes on the programme. Two examples from the Wilderness Years notably included female Doctors – The Curse of Fatal Death, an affectionate parody of Doctor Who written by Steven Moffat for Comic Relief in 1999, and Exile, an alternative timeline audio drama produced by Big Finish in 2003. Whilst actors Joanna Lumley and Arabella Weir offered brief glimpses of what a female Doctor might be like in these two productions, both of the stories had a comedic tone that sometimes veered into the downright crude – perhaps reflecting just how seriously the idea of a female Doctor was taken at the time. 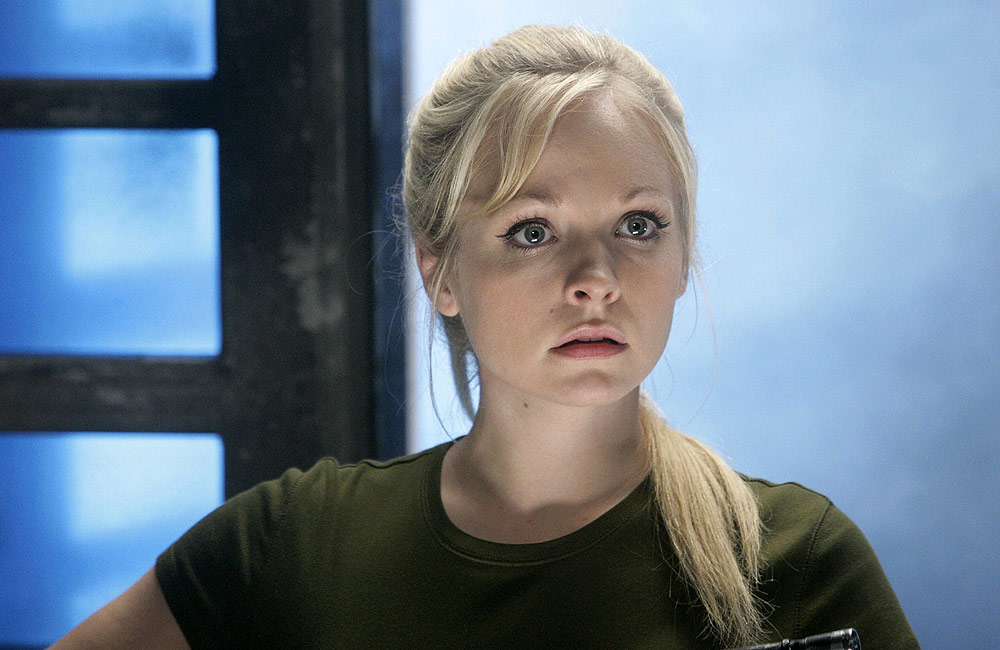 Thanks to the Doctor being made last of the Time Lords when the series returned to television in 2005, Time Ladies were once again thin on the ground for a while. Then along came Jenny, the progenated offspring of the Doctor (which means that whilst Jenny is the Doctor’s daughter, the Doctor is both Jenny’s mother and father in a biological sense). Whilst the Doctor rejects the idea that Jenny could be a Time Lady, she does have two hearts and over the course of an episode proves herself to be very much her father’s (and mother’s!) daughter. By turns, Jenny was inquisitive, rebellious, cheeky and resourceful and she’s even getting her own audio series from Big Finish later this year. Perhaps this could be the clearest indication yet of what the Thirteenth Doctor could be like? 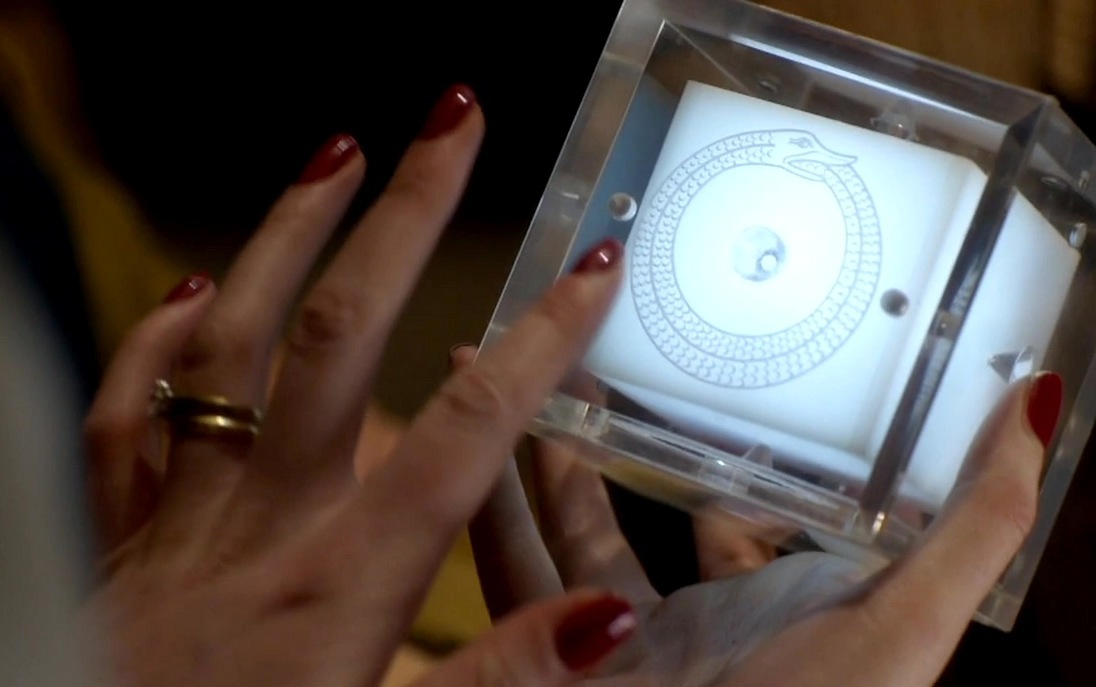 The next notable Time Lady is unusual in that they never fully appear on screen (rather, bits of them do). The Corsair was mentioned in the Neil Gaiman-penned episode The Doctor’s Wife as being an old friend of the Doctor’s, and further dialogue stated that the Corsair had multiple female incarnations as well as male ones – establishing for the first time on-screen that Time Lords/Ladies can change gender when they regenerate. 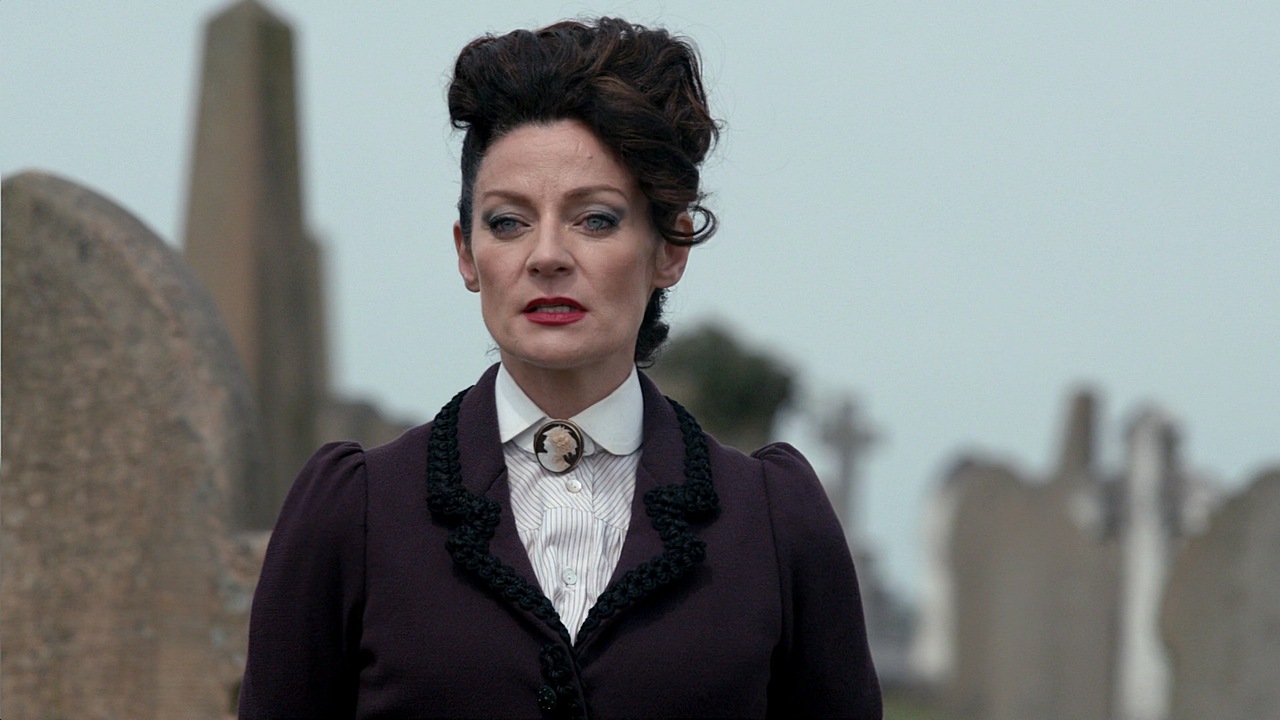 Further evidence of gender-change regeneration emerged when the character of Missy revealed herself as the latest incarnation of the Doctor’s old foe, the Master, in the first instance of an established Time Lord character changing gender. Over the course of three series, Michelle Gomez gave many highly memorable performances in the role and stands shoulder-to-shoulder with her predecessors. Gomez’s Master has echoes of Delgado’s charm, Jacobi’s menace and Roberts’ camp deliciousness and bristles with a manic energy akin to Simm’s take on the role. Missy undergoes what is arguably the most interesting character journey of any Time Lady, from ambiguous frenemy territory to outright villainy to the hard path of redemption in the eyes of her oldest friend. 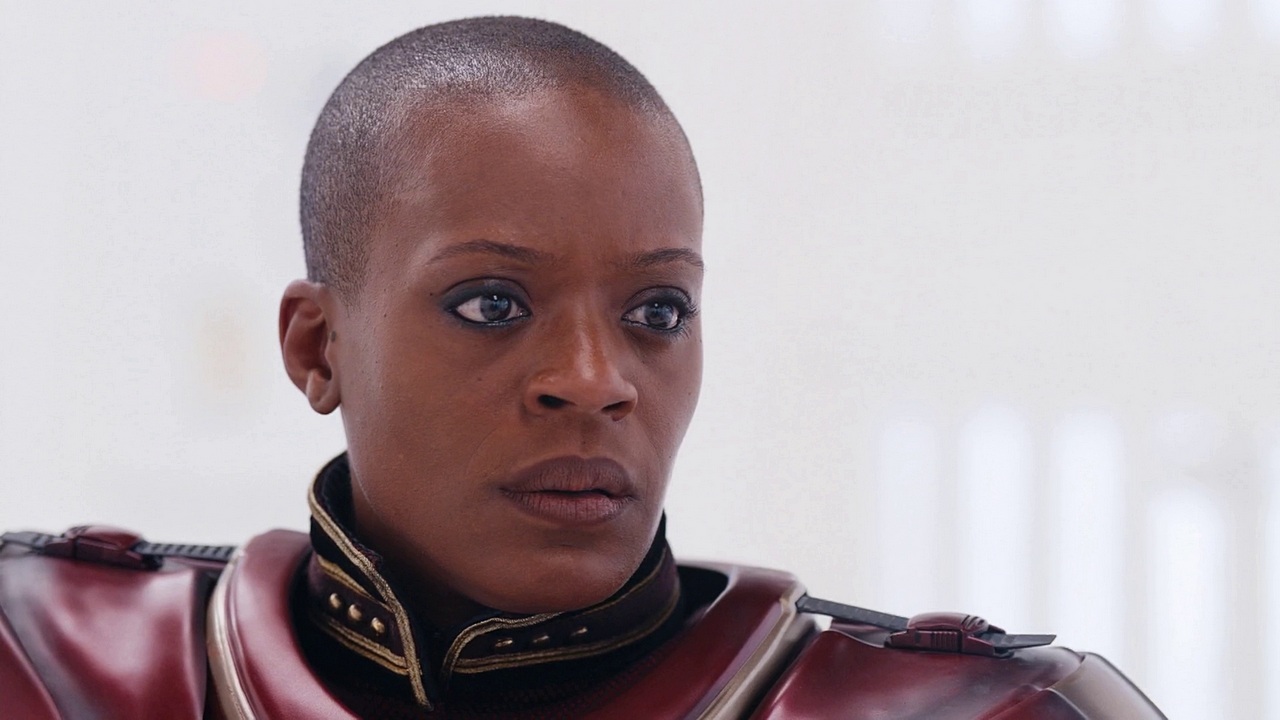 Just to prove outright that gender-change regeneration is definitely canon, the process itself was depicted in the Series 9 finale Hell Bent, with the General regenerating from a Time Lord into a Time Lady after being shot by the Doctor. In a neat twist, further dialogue established that all the other previous incarnations of the General had been female, thus proving that Time Lords/Ladies who change gender can also change back – and that just because a Time Lord/Lady remains the same gender for multiple incarnations, it doesn’t mean that their gender is fixed forever.

After so many lifetimes of dashing about and trying to make the universe a better place, the Doctor seemed ready to throw in the towel and finally die just to have some rest. A last-minute plea from the TARDIS cloister bell led the Doctor to a change of hearts, and instead of coming to an end, the Doctor embraced change in a way like never before. The newest incarnation of the Doctor is female. What exactly she will be like is still anyone’s guess, but one thing is for certain: she will be the Doctor that the universe needs. 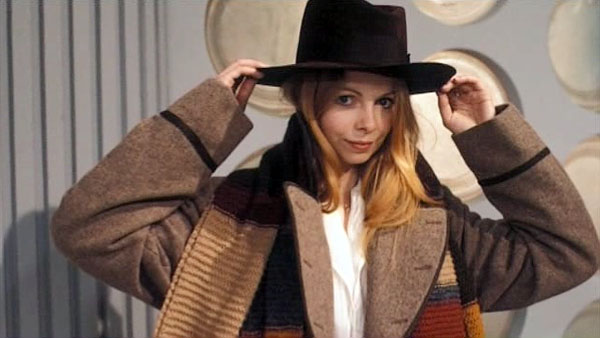 Looking back, we can see that there have been many and varied depictions of Time Ladies throughout the history of the series. Time Ladies can be anything they want to be – they can be villainous renegades, or occupy the highest office on Gallifrey, or wander the universe as the Doctor’s best friend. They can even be the one that the monsters are afraid of, that brings hope to people however lost they may be, that can save the universe a thousand times over and still have time for some tea.

Our celebration of the women of Doctor Who is taking place on 25 March. Head here for more information and to grab your tickets.